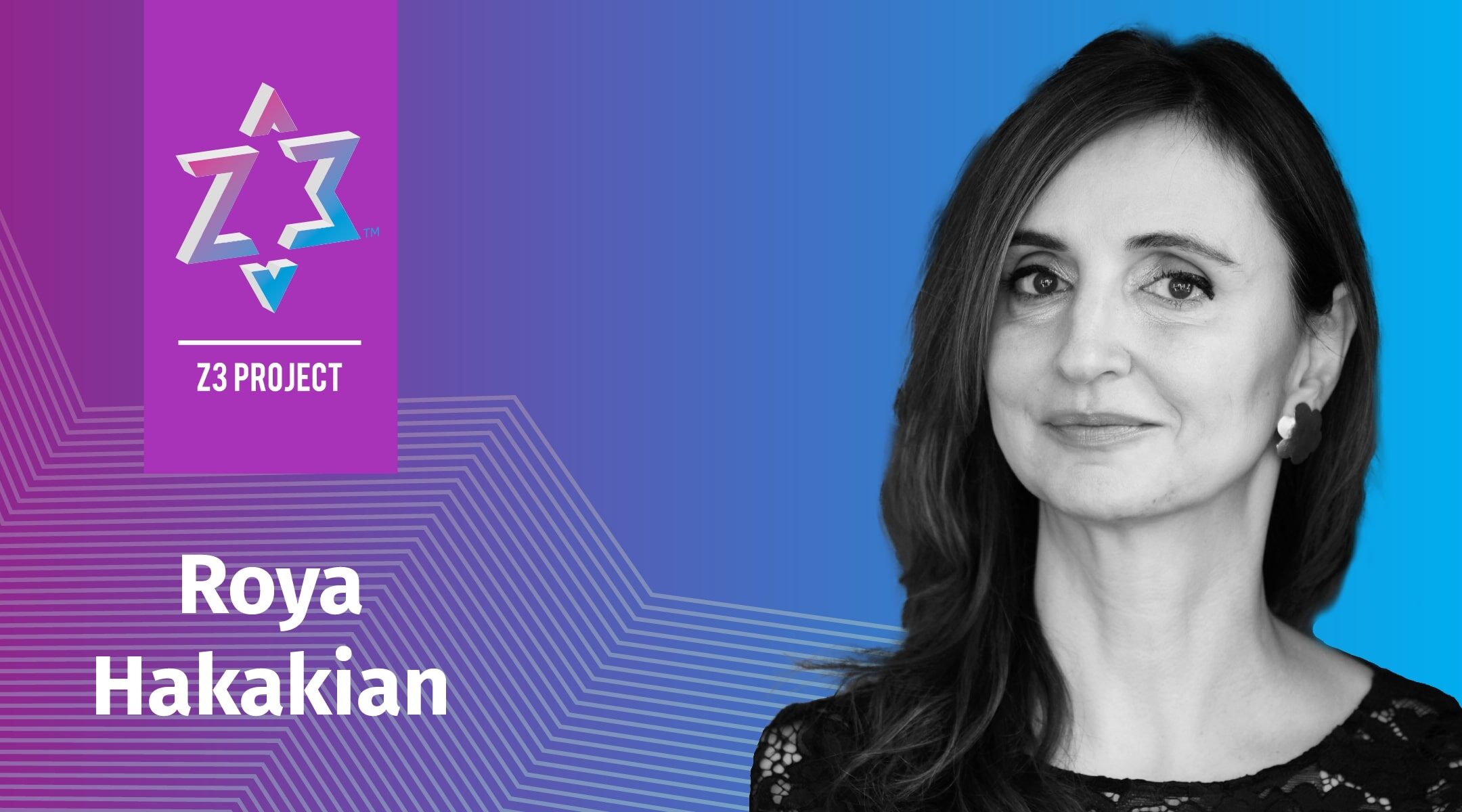 Roya Hakakian's poetry appears in many anthologies around the world. (Courtesy of the Z3 Project)
Advertisement

Roya Hakakian is a poet, author, journalist and advocate for refugees. Every one of these roles is an offshoot of her own life experience as a child and teenager in pre- and post-revolutionary Iran and as an immigrant to the United States. Her poetry appears in many anthologies around the world, her books take a candid look at life under Iran’s fundamentalist Islamic regime and her documentaries tackle important issues like underage children in wars around the world. In our interview, we discuss what people can do to support the current uprising in Iran and the role poetry can play in revolutions.

These must be emotional times for you and the entire Iranian immigrant community. How are you holding up?

It is very exciting and also, as you can imagine, gut-wrenching to watch teenagers, children, and other people perform these great acts of courage and then suffer as a result of it. So, it’s a heroic time and, like all heroic times, whether in history or in epic stories that we read, it’s always associated with a great deal of tragedy too. And all of that is on full display. I wrote a memoir whose last chapter is called “1984.” It’s the last year I was in Iran, and I was describing what Iran had become and how the entire society was divided between two people—the regime and their allies, and then us, which were the ordinary citizens. I thought it was amazing how much time had passed, and yet nothing had changed in that division I described in that chapter. The circumstances, the frustrations, the inequalities, the injustices are the very issues that have brought a new generation of Iranians onto the street.

Iran once had a thriving Jewish population. Do you have any memories of what it was like to be a Jew in Iran before the revolution?

I was 12 years old when the revolution took place, and all my memories at the time before were happy childhood memories—going to the synagogue with my father. We lived within walking distance of a synagogue. I didn’t experience the sort of things that my father had talked about growing up, of the severe antisemitism that he had experienced as a child in a small village in central Iran. And I didn’t experience the sort of things my mother talked about. And she grew up in Hamadan, which is where the tomb of Esther and Mordechai are. The ’60s and the ’70s were the golden time of religious egalitarianism in Iran. And then came the revolution, and things quickly changed. And, you know, it wasn’t so much the ordinary citizens who were being antisemitic, but the regime gave a leg up to Shiite Muslims. So it wasn’t that Jews were barred from anything; it was that it was far more advantageous for you to be a Shiite Muslim.

You have been in danger from Iranian operatives in the United States. I think of Salman Rushdie, who refused to let threats intimidate him, but he ended up severely injured. Is this something you worry about?

The answer is yes for a variety of reasons, one of which is that the FBI came to my house a couple of years ago, warning that they had spotted my name on a list because of the work I do and the books I published, especially my memoir and the second book, which was about a series of murders that Iran had orchestrated in Europe. But I think what’s important, and something that What I hope to bring to the attention of the broader public in America is that everyone is in danger, that if the Iranian regime has gathered enough influence to go after the dissidents that they don’t like in the United States, then we become only the primary targets and everybody else will follow. And I’m incredibly concerned about that.

You recently testified before the Senate Foreign Relations Committee. What was your message? Also, what should the United States be doing to help the protesters in Iran?

My main message was that this movement that began in Iran in September is the most serious movement that Iran has seen in 40-plus years. Immediately a few senators afterward told me, “Oh, Iran has protests all the time, and the regime always suppresses them.” Well, this one has already proven to be different. It has certain qualities that none of the other protests in the past have had. This is a deeply secular movement; it’s a movement that demands the separation of government and religion. And none of the previous movements had these overtones.

For the past 20 years, we’ve only been interested in Iran from a nuclear perspective, and everything else has been in the shadows. Who are Iranians? What do they want? How are they different? What are their demands? The best thing we can do is to stop looking at Iran as just the nuclear program and begin to widen the perspective and recognize that if something changes in Iran, if these protests succeed, then so much else can follow.

Among your many identities are writer and poet. What is the role poetry can play in revolutions?

I became interested in the Iranian revolution in 1979 through poetry. Poetry was the language of that revolution, which in many ways, is why some of those poets who were so devoted to the uprising against the former Shah became far less popular in the aftermath of the 1979 revolution. Revolutions begin with certain social demands, but what fuels them, what keeps them going, is the power of the rhetoric poets and writers pour into them. That’s what literature has always been for me—a tool for grand ideas and grand expressions and, possibly, a tool for changing society for the better.

What do you plan on discussing at the Z3 conference?