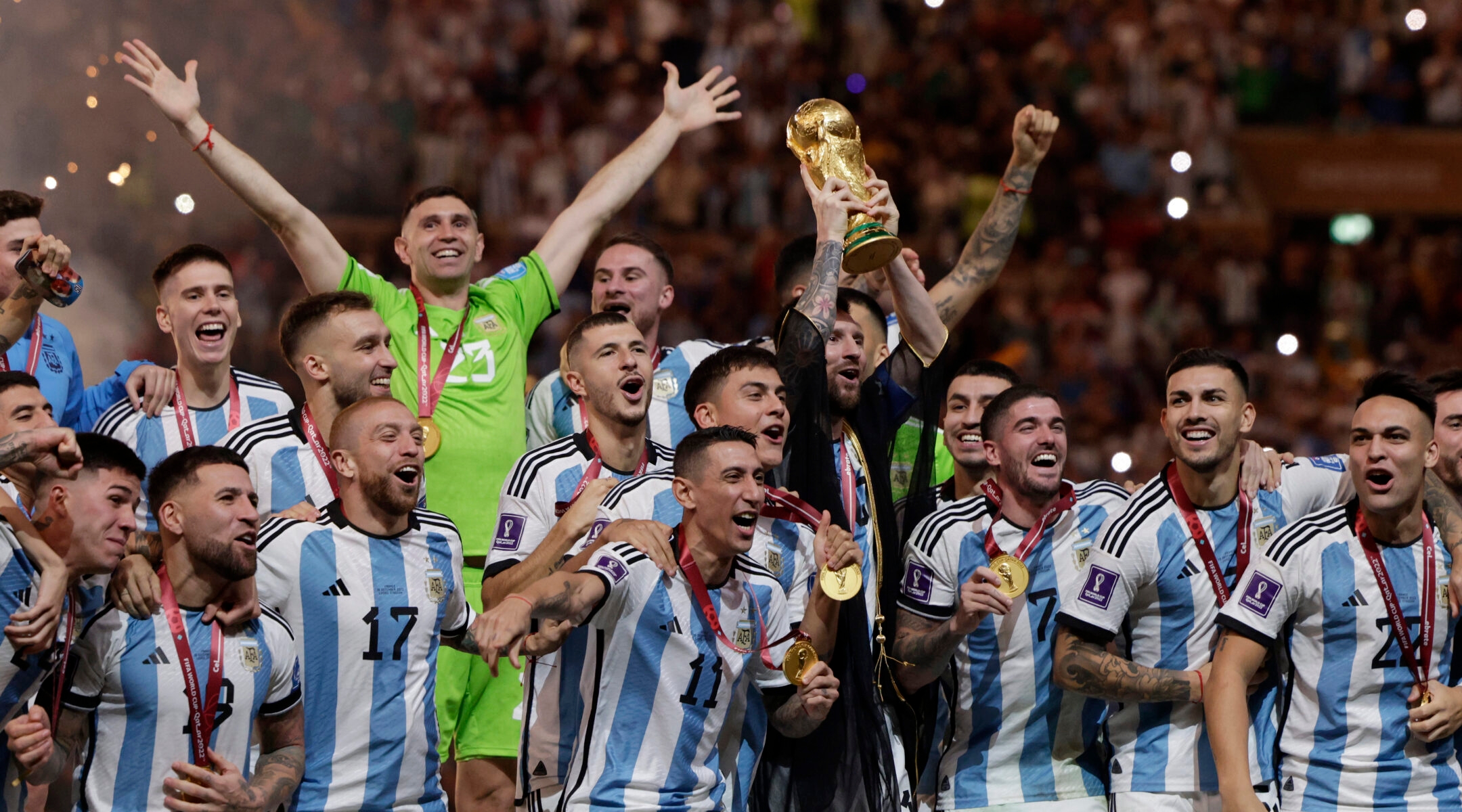 (JTA) — Yes, Lionel Messi will forever be the face of Argentina’s long-awaited World Cup championship on Sunday. But the voice of the victory belongs to the Argentinean Jewish sportscaster who cried as he announced the win.

Andres Cantor, a prominent soccer announcer, responded to Argentina’s game-winning penalty shot with his signature elongated “Gooooooool!” In a video clip that has gone viral, Cantor can be seen grabbing onto his broadcast partner as he yells “Argentina, campeon de mundo!” over and over. The refrain, which he sustains even as his eyes waters and his voice breaks, means “Argentina, champion of the world!”

Born in Buenos Aires to a Romania-born mother and a father whose family fled the Nazis in Poland, Cantor moved to the United States as a teenager after his physician father got a job in California. But he has always maintained his affinity to Argentina, through his career as a journalist and a sportscaster.

“He is a passionate, loud, successful Hispanic Jew — and it makes me feel seen. It makes me feel heard,” Cecilia Ederberg, an Argentinean-American college student, wrote recently on Hey Alma.

Cantor was not the only Jewish force associated with Argentina’s win, its first in the World Cup in 36 years. A cadre of witches and others enacting good-luck rituals from within Argentina sent energy their team’s way, and sometimes cast spells against their competitors, according to a report in the New York Times, which notes that the widely held practices are known as “cabala” — a Spanish word derived from the Jewish mystical tradition of Kabbalah. (Red wristbands, used within Kabbalah to ward off evil spirits, are also common in Argentina as a good-luck charm.)

And one prominent American Jew was in attendance in Doha, Qatar, for the championship game, in which Argentina defeated France in a shootout. Jared Kushner, the Jewish son-in-law of former U.S. president Donald Trump, watched from the stands alongside Twitter owner Elon Musk. Kushner is linked to major business deals with Qatar, part of an array of relationships he has built with countries in the Arab world that including brokering ties between several of them and Israel during the Trump administration.

Can a Jewish fan watch the Super Bowl with a clean conscience? The rabbis had thoughts.