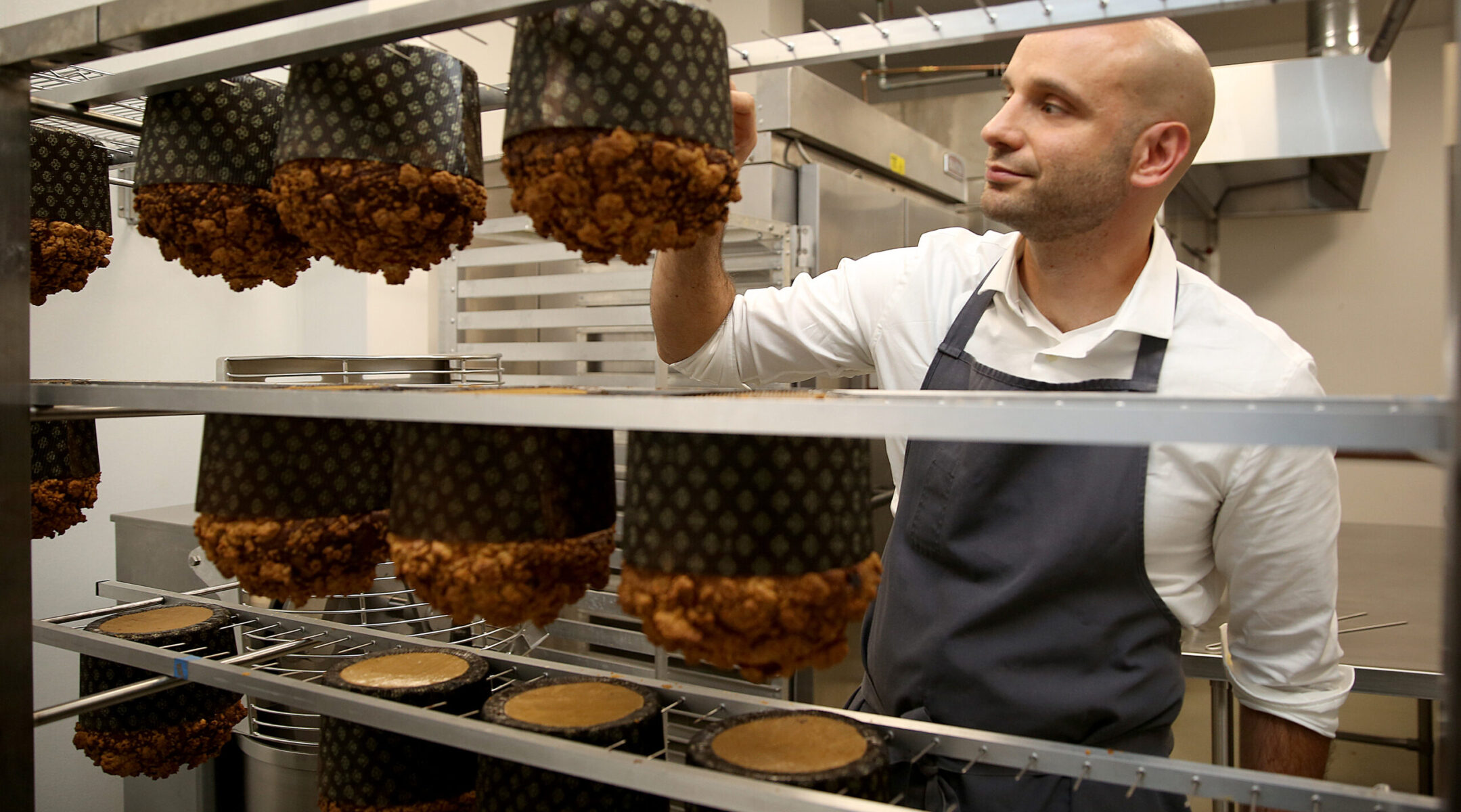 Chef Roy Shvartzapel checks the temperature of panettone just out of the oven in his Richmond, California, kitchen, in 2016. (Liz Hafalia/The San Francisco Chronicle via Getty Images)
Advertisement

(JTA) – Panettone, the fluffy, fruit-speckled archetypal Christmas cake, is this holiday season’s “it” dessert — and the creator of perhaps the most coveted version in the United States is an Israeli-American Jew.

The New York Times this week credited baker Roy Shvartzapel with spearheading “the American panettone revolution” through his business From Roy.

Shvartzapel has dedicated the bulk of his career to the airy Italian cakes, training under Iginio Massari, the undisputed master baker in Italy, and obsessing over each ingredient and step in the 40-hour production cycle. After a flurry of coverage in his company’s early days in 2016, and especially since being endorsed by Oprah Winfrey in 2018, Shvartzapel’s business has grown dramatically. Last year, he said he expected to sell nearly 300,000, at $75 a piece, both in stores and via mail order. This year, the price is $85, and preorders sold out by  — without, Shvartzapel said on a podcast last year, any spending on marketing.

While Shvartzapel’s goal of turning panettone into a year-round treat means he has several non-traditional flavors in his repertoire, From Roy only offers a few at a time — and the company plans to keep it that way.

“There’s lots of pastry items that I love that I will never be making for my business,” Shvartzapel said on the podcast, with the chef Chris Cosentino. “I’m a big believer that less is more, generally speaking, in most things.”

Shvartzapel declined to comment to the Jewish Telegraphic Agency this month, explaining through a publicist that he was too busy before Christmas to speak. But in public comments and social media posts made before this year’s panettone “gold rush,” as the New York Times put it, he has offered details about the intersection of his Jewish identity and his Christmas baking. 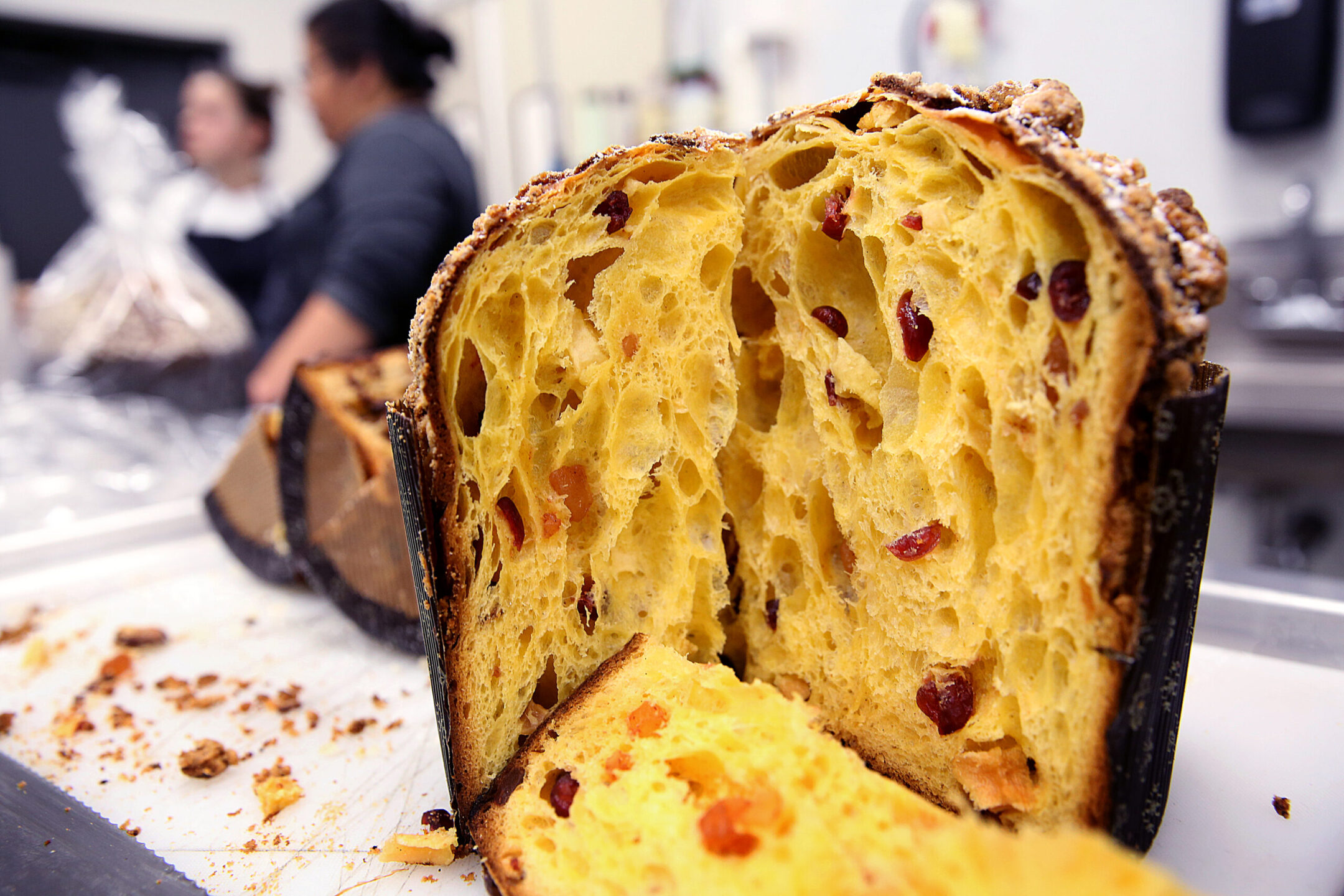 Born in Karmiel, Israel, where a statue modeled on his mother holding him as an infant stands in a park, Shvartzapel was raised in Houston and now lives in California’s Bay Area with his children and Israeli-born wife, who also helped launch From Roy. A devoted athlete as a teenager, he played collegiate basketball and spent time on Karmiel’s Maccabi team but realized he would never make the NBA.

“Like every good Jewish boy,” Shvartzapel told David Chang, the Momofuku chef, on a 2019 podcast interview, he considered becoming a lawyer before realizing that cooking played to his passions and strengths.

After graduating from the Culinary Institute of America in 2004, Shvartzapel began looking for work in New York City. It was a cookbook by the Jewish baker Dorie Greenspan that indirectly led to his first job: He spotted a lemon tart in a new cafe that looked like one she had photographed by the master French chef Pierre Hermé, then talked his way into a job working there, at Bouley Bakery, under Hermé’s former executive chef. Ultimately, that led to him working in Paris, where he had the panettone that changed his life.

“The texture, the aroma, the chew,” he said in 2018. ”I tasted it and it was like one of those meditative lights-off moments. The crazy love affair began.”

Shvartzapel has spoken extensively about his intense work ethic, his struggles with depression and, of course, what sets his panettone apart from low-cost supermarket varieties. He has said less publicly about himself as a Jew. But last year, on Facebook, he wished his friends a happy Passover with a picture of a cheesy omelet and a side of chopped liver — both prepared with attention to the holiday’s prohibitions on leavened bread (such as panettone) but, together, not a kosher meal.

“Modern jew … I mean, gotta combine the dairy and the meat to make it particularly kosher for Passover,” he wrote, adding laughing emojis.

Although panettone is often mentioned in the same breath as its Jewish enriched-dough cousin, babka, its history is rooted in the Catholic Church. Legend has it that it was created by accident on a 15th-century Christmas Eve, and was served to Catholic students and even the pope by the 1500s, according to records from the time.

Still, it makes sense that America’s most prominent panettone maker is Jewish, according to Rabbi Debbie Prinz, a food historian and author of the forthcoming book “On The Bread Trail,” which grew out of her exploration of Jewish celebration cakes.

“It’s not surprising that there’s this interchange, especially today, since the boundaries between Jews and non-Jews are even fewer than they used to be,” Prinz said.

But while Shvartzapel’s panettone path may be modern, historic patterns of cultural collision have often cut the other way, sending traditionally Jewish foods onto the Christmas table.

One notable example appears to be lebkuchen, a fruit-studded spice cookie popular in Germany. While the origins of the treat are not clear, one theory is that lebkuchen entered German cuisine through lekach, a honey cake eaten by Italian Jewish traders passing through during the Middle Ages, according to researchers at the Leo Baeck Institute, a German Jewish institution. (German Jews fleeing the Nazis imported contemporary lebkuchen recipes and, in several cases, became successful lebkuchen purveyors in New York.)

Meanwhile, in panettone’s home country of Italy, traditional Christmas menus include a host of dishes that are likely to have originated in Jewish kitchens: pezzetti fritti or mixed fried vegetables; bigoli, or buckwheat noodles, with onion and anchovies; spongata, a cake imported from Jews fleeing the Spanish Inquisition; and nociata, or nut bars. 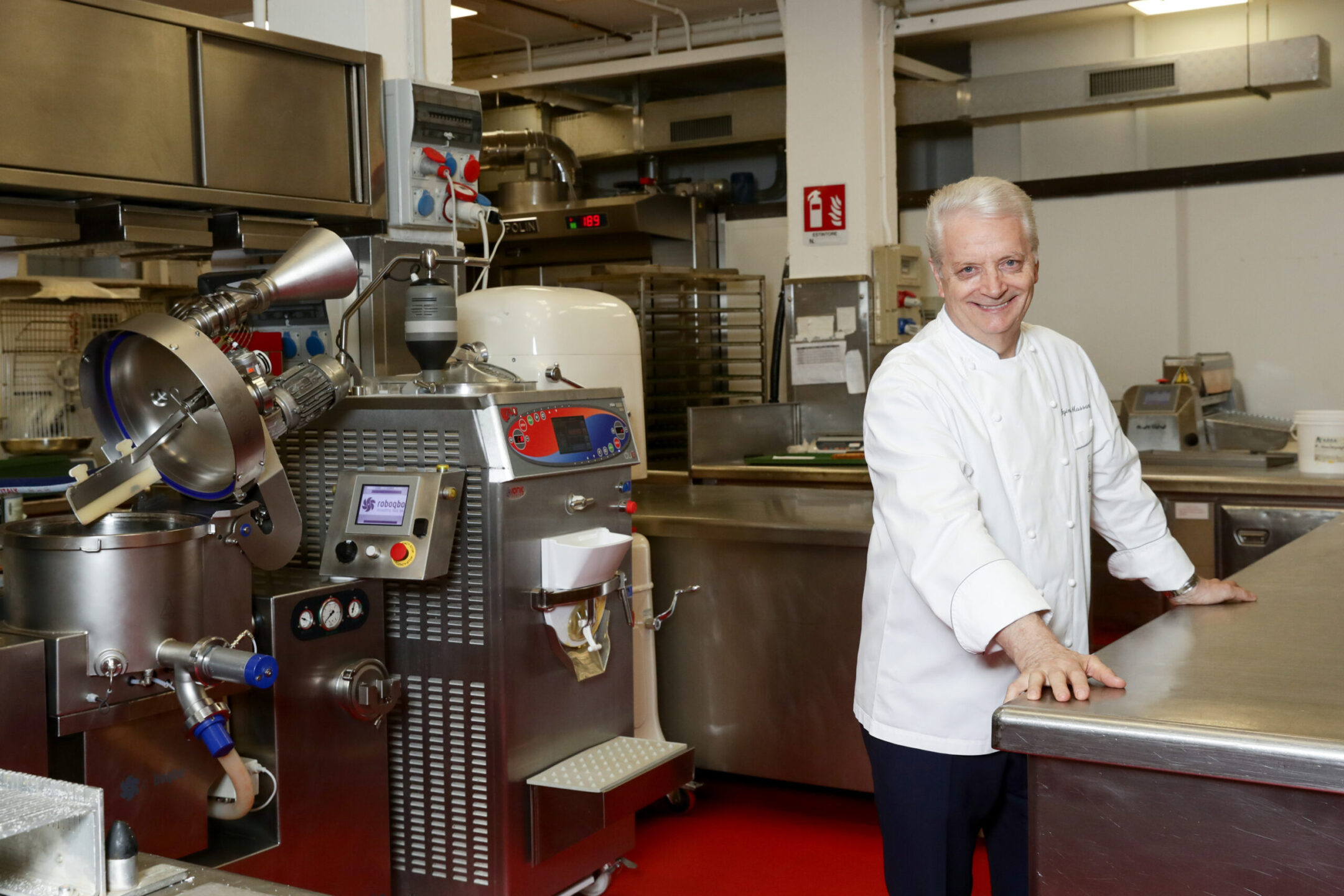 “There are a number of recipes that we call Jewish that came out of the fact that the Italians were really nasty to Jews,” said Benedetta Jasmine Guetta, author of “Cooking all Guidia: A Celebration of the Jewish Food of Italy.”

“Most of the time, actually I’m going to say 100% of the time, people don’t know” that the dishes were originally Jewish, Guetta added. “This is a common problem and the reason why I wrote my book.”

But while Guetta’s focus is on the Jewish foods of Italy, in December, she often turns to that famous domed Christmas cake.

“I have definitely grown up eating a great deal of panettone. My parents checked the ingredients to make sure it didn’t contain pork fat,” she said. “It’s a yummy seasonal treat.”