Michael Twitty’s ‘Koshersoul,’ a memoir of food and identity, named Jewish book of the year 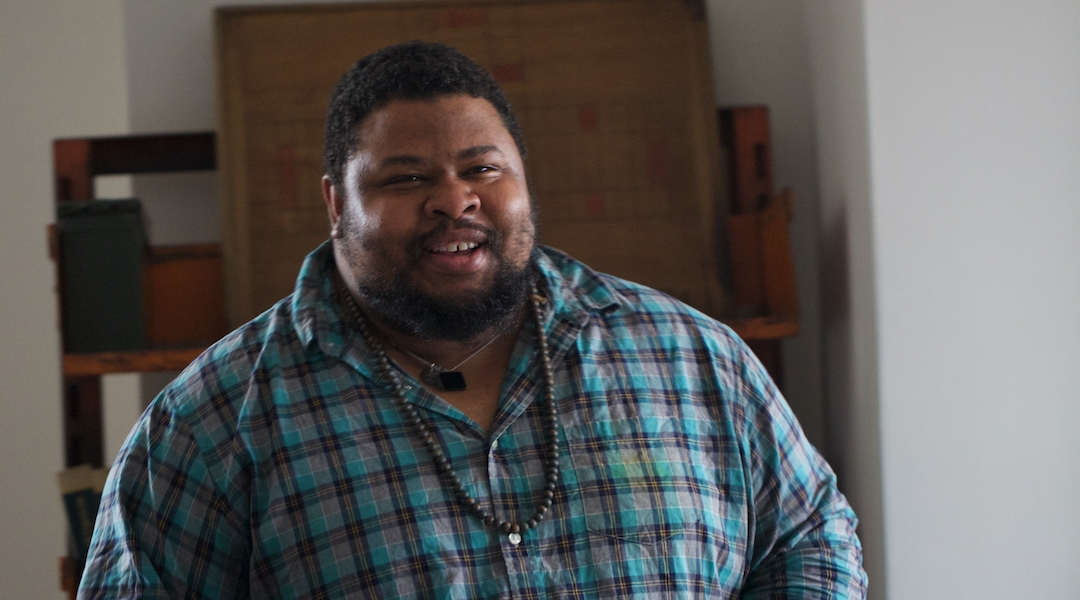 Subtitled “The Faith and Food Journey of an African American Jew,” Twitty’s book provides “deep dives into theology, identity, and, of course, food — giving readers the impetus to reflect on their heritage and religion in a new way,” the council said in naming “Koshersoul” the Everett Family Foundation Book of the Year.

The winners of the 72nd National Jewish Book Awards were announced Wednesday at the Marlene Meyerson JCC Manhattan as part of its inaugural Books That Changed My Life festival.

Dani Shapiro won her second National Jewish Book Award, and her first JJ Greenberg Memorial Award for Fiction, for her novel “Signal Fires.” Her first novel in 15 years traces the effects of a fatal car crash on a family over a 50-year time span.

Ashley Goldberg won the Goldberg Prize for Debut Fiction with his novel “Abomination,” about a scandal at a Jewish day school and the paths taken in its aftermath by two of its students, one secular and one religious. Miriam Ruth Black won The Miller Family Book Club Award for her novel “Shayna,” a novel of early 20th-century immigrants set in a shtetl and New York’s Lower East Side.

In other nonfiction categories, Michael Frank was the winner in both the new Holocaust Memoir category and the Sephardic Culture category for his book “One Hundred Saturdays: Stella Levi and the Search for a Lost World.” The book is based on his conversations with Levi, a Holocaust survivor who remembers the once-vibrant Sephardic Jewish community that had thrived on Rhodes, an island in the Aegean Sea.

Jonathan Freedland won the Biography Award and Holocaust Award for “The Escape Artist: The Man Who Broke Out of Auschwitz to Warn the World,” about Rudolf Vrba, whose eyewitness report of the death camp was largely ignored by the various allied government officials who read it. Kenneth B. Moss’ “An Unchosen People: Jewish Political Reckoning in Interwar Poland,” won the Gerrard and Ella Berman Memorial Award in history.

Danya Ruttenberg’s “On Repentance and Repair,” a rabbi’s rumination on apologies and forgiveness in contemporary culture, won the Contemporary Jewish Life and Practice Award.

The council also honored Ellen Frankel, who served as the editor in chief and CEO of the Jewish Publication Society for 18 years, with its Mentorship Award in Honor of Carolyn Starman Hessel — given in honor of the council’s longtime director, who retired in 2014. Frankel, who herself stepped down in 2009, was cited for mentoring authors, staff and students at the Philadelphia-based publisher, as well as championing women scholars.

Berru Poetry Award in Memory of Ruth and Bernie Weinflash: Sean Singer, “Today in the Taxi”

The complete list of the 72nd National Jewish Book Award winners and finalists can be found here.