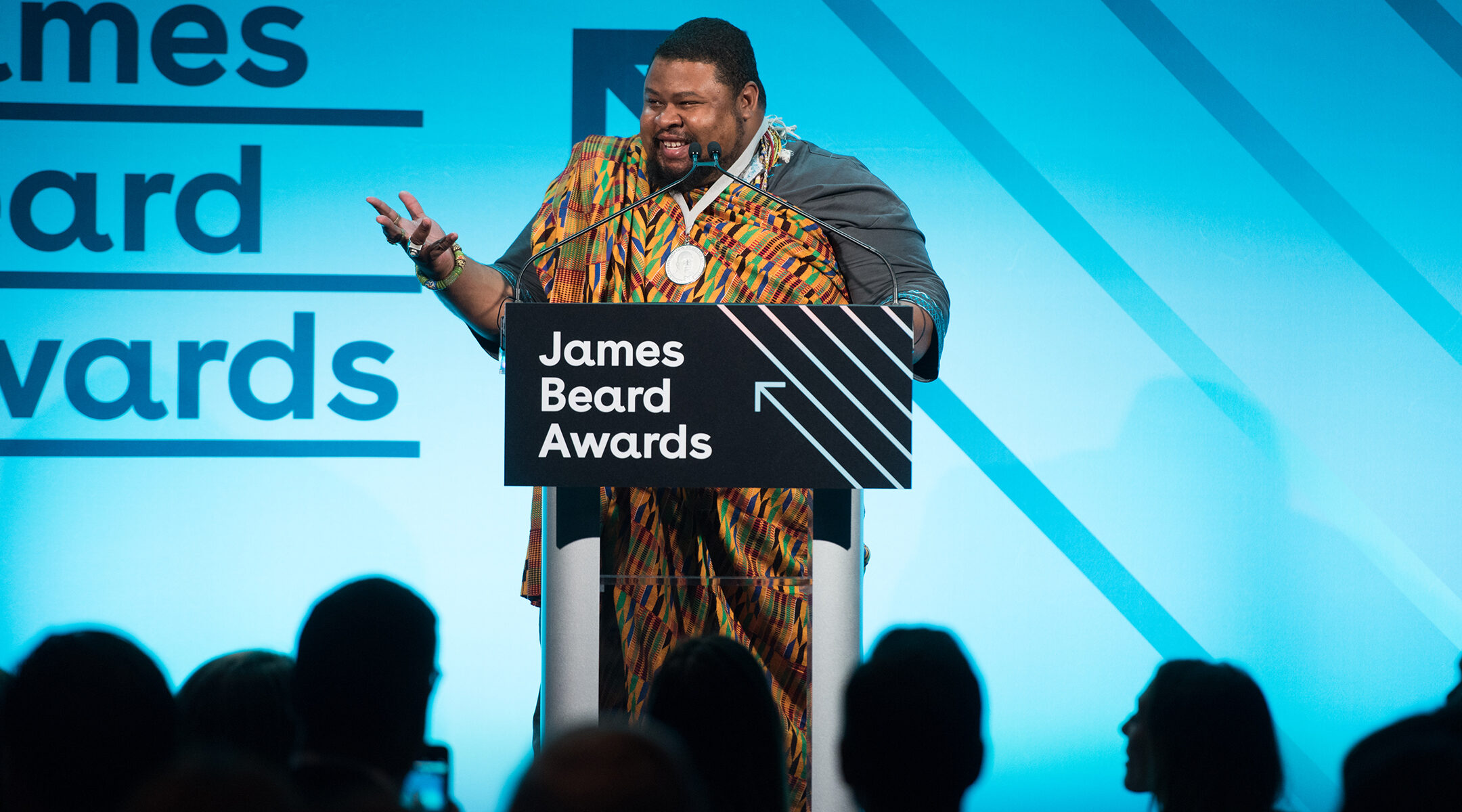 Twitty, 45, won acclaim for his 2018 book  “The Cooking Gene: A Journey Through African-American Culinary History in the Old South,” which also drew parallels between African-American and Jewish history. Twitty grew up in Washington, D.C., in a Christian household but around Jewish food, with a mother who regularly made challah; he converted to Judaism in his early 20s and now keeps kosher.

“[T]here are some things that science cannot explain, it’s a calling, it’s a connection, it’s above us,” Twitty told the Jewish Telegraphic Agency in 2017.

“Koshersoul: The Faith and Food Journey of an African American Jew,” released Tuesday, is a more direct mashup of the different sides of his identity. The book includes 50 recipes with names like koshersoul collards, Louisiana-style latkes and Mrs. Cardozo’s Famous seven-fruit haroset from Suriname. Readers also get essays and insights into both Twitty’s experience as someone who is both Black and Jewish as well as histories and stories about how the two cultures overlap.

The book’s cover shows a yarmulke-wearing Twitty in front of various loaves of challah. According to Twitty, each one represents a different part of his identity.

“Challahs are braided and braiding them together means I’m a whole person,” Twitty said in an interview with ABC News. “The idea that this Jewish bread can also represent all the different parts of me is what I want to convey to the readers before they even open the book at all.”

For more on Twitty’s story — and the culinary reason why he chose to convert in a Sephardic synagogue — read our full 2017 profile.