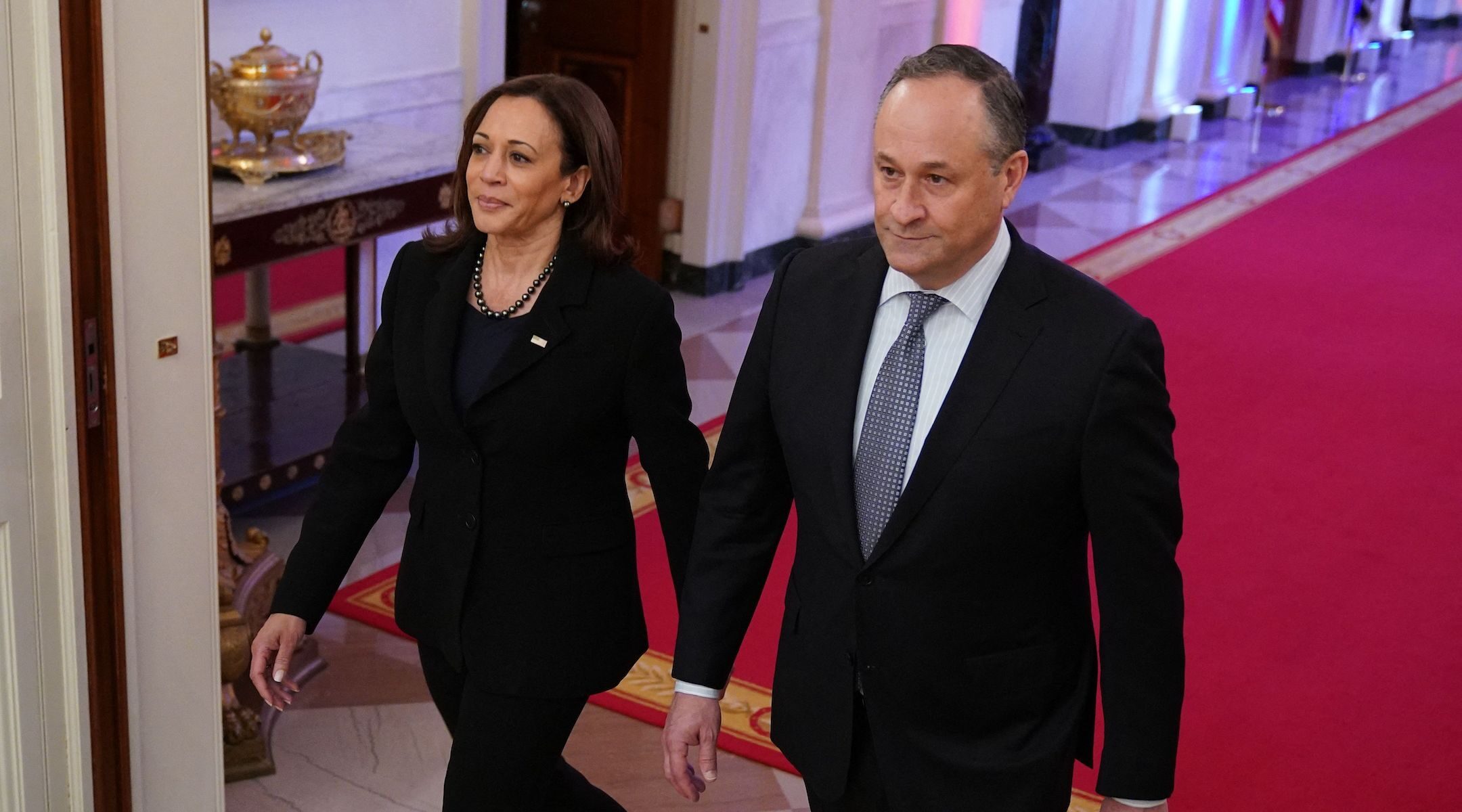 (JTA) — Doug Emhoff’s itinerary on an upcoming trip to Poland and Germany includes a stop at the factory where Oskar Schindler saved over 1,000 Jews, a Shabbat dinner with local Jewish leaders and a visit to a United Nations center housing refugees from Ukraine.

Senior administration officials outlined the trip’s details in a call with reporters on Wednesday, a day before the second gentleman heads overseas, where he will be accompanied by Deborah Lipstadt, the U.S. special envoy for monitoring and combating antisemitism.

As the first Jewish spouse of an American president or vice president, Emhoff has made fighting antisemitism a main focus. Last month he convened a group of top Biden administration officials to discuss the topic, and he has toured Jewish college groups and other Jewish institutions in recent months. As officials noted on Wednesday’s call, the administration is working towards releasing a “national action plan” on fighting antisemitism.

Here’s a summary of the itinerary for the trip, which coincides with International Holocaust Remembrance Day.

Emhoff will attend a commemoration ceremony with other government officials and some survivors to mark International Holocaust Remembrance Day at the Auschwitz-Birkenau museum. The day is tied to the date in 1945 when the Nazi concentration camp where more than 1 million Jews were murdered was liberated. He will then join a Shabbat dinner in Krakow with members of the small but vibrant local Jewish community.

In the morning, Emhoff will visit the former Schindler Enamel Factory, which now hosts two museums (one of fine art and another on the history of Krakow). It’s estimated that Oskar Schindler, immortalized in Steven Spielberg’s Oscar-winning film “Schindler’s List,” helped over 1,000 Jewish workers there avoid being sent to death camps.

After that, Emhoff will join a roundtable with Polish community leaders, antisemitism experts, religious leaders and academics who “promote tolerance, education and inclusiveness.”

Then Emhoff will visit a site run by the United Nations’ High Commissioner for Refugees, which is housing refugees from Ukraine who have fled the violence there. Emhoff will talk with refugees and UNHCR officials.

Emhoff will tour Krakow’s historic Jewish Quarter and meet with Jewish community leaders before traveling to a southern Polish town to talk with locals about the country’s prewar Jewish history. He will then depart for Berlin.

In Berlin, Emhoff will convene a group of special envoys and coordinators working to combat antisemitism in their respective governments — Lipstadt’s “counterparts from various European and other countries.”

Emhoff will then tour the Topography of Terror Museum and the Museum of Jewish Life before participating in a dinner hosted by U.S. Ambassador Amy Gutmann, which will include German government officials and Jewish community leaders. Gutmann’s Jewish father fled Nazi Germany as a college student in 1934.

Emhoff will join a roundtable with Jewish, Muslim and Christian faith leaders, discussing “interfaith dialogue and understanding,” organized by the Council of Jews in Germany. He will then visit a local synagogue and a series of memorials in Berlin, including the famed Memorial to the Murdered Jews of Europe. Along the way, he will meet with German officials and a small group of Holocaust survivors before returning to the United States.