America on Eve of Closing Gates to Jewish Immigrants 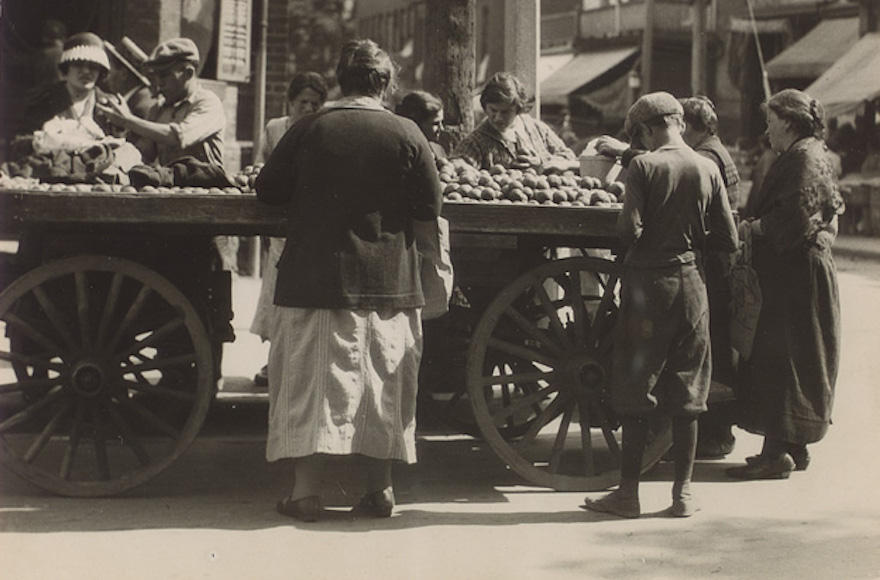 The Senate, without a record vote, late yesterday passed Senator Reed’s national origins amendment in its latest modified form, as introduced by Reed yesterday. The amendment now provides that commencing July 1st, 1927, immigration shall be limited to 150,000 per year, the number of each nationality admissible to be based on the national origin of the entire population of the United States in the year 1920, each nationality to be entitled to its ratio of this whole total national origin. The statistics are to be compiled by a joint board consisting of the Secretaries of Labor, State and Commerce, who shall announce the result of their investigation not later than March 4th, 1926. The only material change in this amendment, as passed, is making the scheme effective in 1927 instead of 1926 as previously provided.

By yesterday’s vote on this plan the entire Senate carried out the decision of the Republic caucus. The Democrats failed to make any material opposition to this plan, most Democrats supporting it, and the overwhelming sentiment in favor is shown by the fact that not a single Senator even asked for a roll call, the vote being taken vocally.

This plan is even more discriminatory against South and East Europeans, including Jews and Italians, than the Johnson 1890 census as it reduces the ratio of these nationalities to a still lower figure.

Senator Walsh of Massachusetts, Democrat, one of the few Senators opposing drastic legislation, was not in the Chamber when the vote was taken. When informed he stated that if an opportunity presented itself today he would ask for a record vote, but admitted it would do no good, saying “What can we do.” He also stated “When Senator Wadsworth, for example, from New York, a state with such a large Hebrew population, favors the Reed plan this shows the sentiment of the Senate,”

The Senate is expected to vote today upon the plan of immigration to be in effect until 1927 when the national origins plan goes into operation. The Republican causes decided, as already reported, upon a reduction to 1% of 1910, but Senator Reed stated to the J.T.A. correspondent, after the Senate adjournment that there was a possibility of a still more drastic decision, in favor of the 1890 census during this three year interim.

A new and overshadowing development is the introduction yesterday by Senator Sterling of South Dakota of an amendment asking that the Commissioner of Immigration, in opportioning the quotas, both under the Reed plan and whatever interim percentage basis may be adopted, shall estimate and approximate the different “commonly recognized and well defined” racial groups within every nationality; in other words, the quota shall be apportioned to the various racial groups in the ratios that such groups bear to the entire population of their country of origin.

Senator Sterling, after introducing his amendment, frankly admitted to the J.T.A. correspondent that it was aimed chiefly at the Jews who, he asserted, have been emigrating to American in disproportionately large numbers. The population of Poland, he said, is only 13% Jewish, but four Jews have been coming to every one Pole, and the same is practically true of Russia and Roumania. This is unfair to the predominating population of those countries, Sterling declared, who should be admitted according to their own proportion. Sterling denied prejudice against the Jews, assenting he was desirous only of giving the other peoples “a square deal.”

Senator Sterling declared that Senator Reed had consented to this amendment, and that he, Sterling, intended to press it today vigorously. What the result will be is conjectural, but in the present mood of the Senate, anything is liable to happen. The effect that the passage of this amendment would have would be to practically completely cut off Jewish immigration to the United States, since the new quotas will be so much reduced that the racial Jewish proportion in Eastern Europe will make the number of Jewish admissibles practically insignificant.

Senators Underwood of Alabama and James Reed of Missouri, Democrats, in speeches yesterday, attacked immigration restriction as exemplified by the 1890 census, although Underwood conceded the need of a general restriction. Reed declared the only limitation upon immigration should be a character and physical test, and nationality or race had nothing to do with the fitness of immigrants.

The only relieving feature in the Senate yesterday was the defeat by a record vote of 46 to 16 of Senator Harris, Georgia, amendment to totally suspend immigration for five years.

Senator Copeland, after the adoption of the national origins plan, announced that today he would offer and speak on behalf of his amendment to retain the existing 3% of 1910 law, but be afterwards admitted privately that his amendment does not have the slightest chance.