Judaism Says: Love is Hard, But It’s All You Really Need 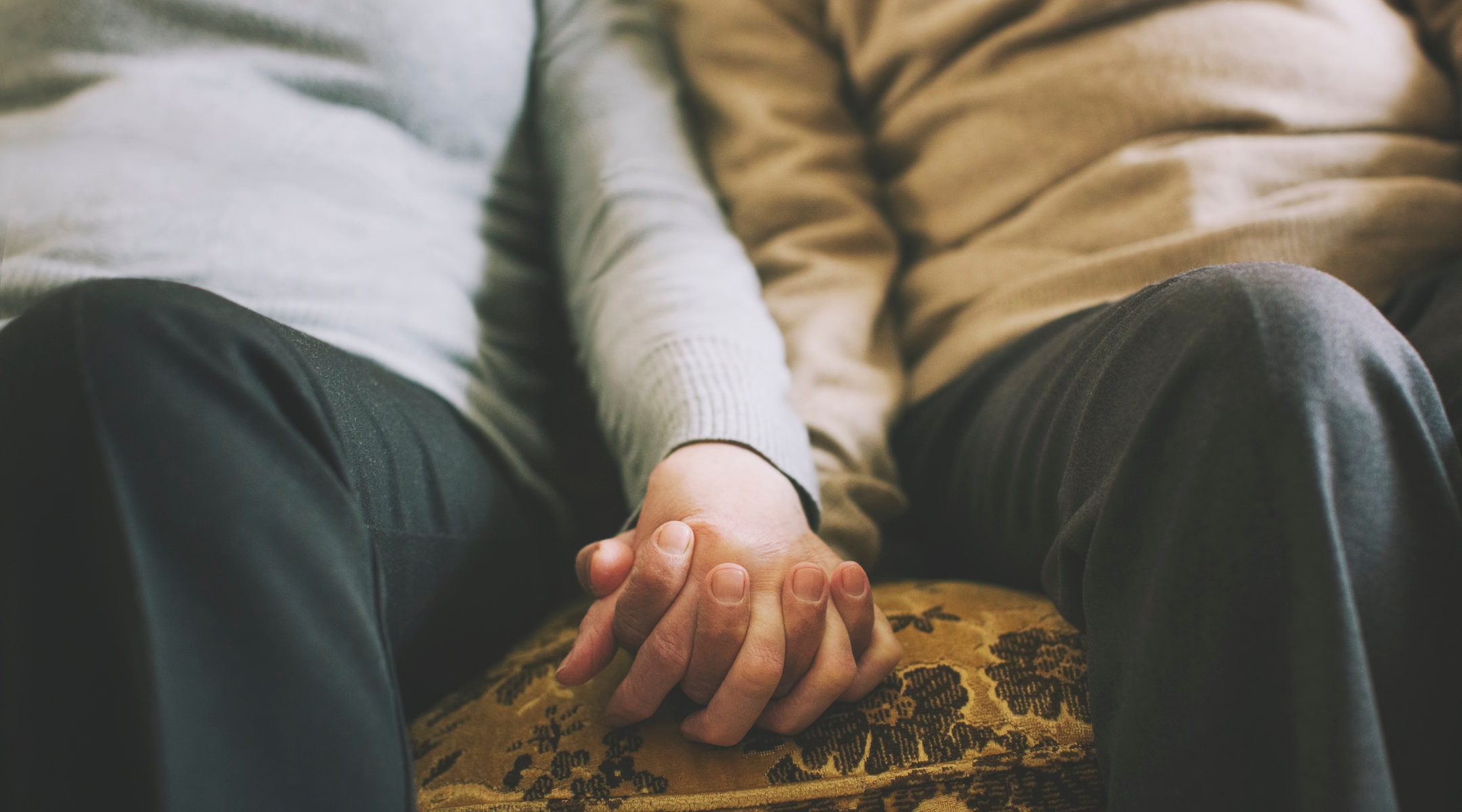 For couples contemplating a legal and religious union, the University of Judaism in Los Angeles offers “Making Marriage Work,” a 10-session seminar that teaches, among other things, “the meaning of love and commitment.”

For couples seeking a shorter, more shocking premarital education, I suggest a day in family court.

The experience is reminiscent of the documentary “Scared Straight,” where hardened inmates at New Jersey’s Rahway prison gave juvenile offenders a harsh look at the realities of prison life, in the hopes of frightening them into reforming their delinquent ways.

But here in Los Angeles’ Superior Court, it is the petitioners and respondents, along with their dueling attorneys, who provide a dispiriting look at the flip side of “happily ever after.” Who showcase the anger and anguish, the contentiousness and, yes, the expense of marital dissolution, the fate of an estimated 50 percent of all American marriages.

My husband, Larry, and I are spending the day in Superior Court. No, we’re not in the midst of splitting up. Rather, we’re accompanying my sister-in-law. She has been subpoenaed back to court by her ex-husband, who is petitioning for a reduction in child support payments.

And here in the hallways, courtrooms and mediation rooms, we witness couples who presumably once — five, 10 or 20 years earlier — stared starry-eyed at each other and who now — in their second, third or umpteenth trip to court — stare venomously at one another. Or weep. Or scribble notes of outrage to their attorneys.

How does “I do” deteriorate so doggedly into “I won’t,” I wonder.

“The fact that I woke up in tears the morning after my wedding should have been some indication that this marriage was never a good idea,” my sister-in-law confesses.

She was only 22 at the time, “naive and immature,” she explains. “I just knew that all my friends were getting married.”

Yes, the ever-powerful peer pressure, rivaled only by the ever-persistent parental pressure.

But the original push down the wedding aisle appears as a divine mandate in the Torah. In Genesis 2:18, God says, “It is not good for man to be alone. I will make a fitting helper for him.”

God promptly creates Eve for Adam, leaving the rest of us on our own. He tells us only whom we cannot marry — including, as related in the Book of Leviticus, non-Jews, offspring of incestuous unions and most close blood relations, as well as their ascendants and descendants.

It is the task of the talmudic rabbis, then, to delineate the desired qualities of a prospective spouse. These are not dissimilar to the attributes of a modern Girl Scout — “loyal,” “helpful,” “courteous” and “clean in thought, word and deed.” The rabbis also made a pitch for a good family and mutual physical attraction.

Historically in Judaism, the parents have been responsible for picking a suitable mate for their son or daughter, often with the assistance of a shadchan, or matchmaker, who was a respected and observant member of the community. This first began with Abraham, who, in Genesis 24, elicits the help of his trusted servant Eliezer in finding a worthy wife for his son, Isaac.

Later, Judaism offered two holidays — Tu B’Av and Yom Kippur — in which prospective bridegrooms could seek possible mates. On those days, the Mishnah tells us, “the daughters of Jerusalem went out in borrowed white dresses and danced in the vineyard.”

But, today, how do we pick a mate — when our modern matchmakers are online dating services like JDate and Great Expectations. When many of our parental role models are themselves separated, divorced or living with dissent. And when the headline-making indiscretions of our political and religious leaders no longer surprise us.

How do we pick a mate — when we no longer need the financial, emotional and legal security of marriage to protect us against a harsh and judgmental society. When cohabitation, out-of-wedlock childbirth and single parenting are acceptable options. When no-fault divorce is no big deal.

And how do we pick a mate — when our culture leads us to believe that, as England Dan and John Ford Coley sing, “Love is the Answer.” When an idealized, simplistic and unattainable notion of romantic love is supposed to guarantee a lifetime of deserved happiness.

Yes, finding a suitable and successful match may be, as one Midrash says, “a task as difficult as dividing the Red Sea.”

But it’s not impossible. And it is worth the effort.

For marriage, according to most studies, provides the environment best suited for raising children and most conducive, especially for men, for enjoying a long and healthy life.

“The trick is not to settle,” my sister-in-law says, “but to find someone who you value and who genuinely values you.”

And, as our Jewish tradition maintains, someone who shares the same morals, outlook on life, desire for children, religion and sense of fiscal responsibility.

In addition to, as our Jewish tradition should mandate, someone amenable to premarital introspection and education.

Because the alternative, as a day in family court proves, is to drown in a sea of heartache and hostility.