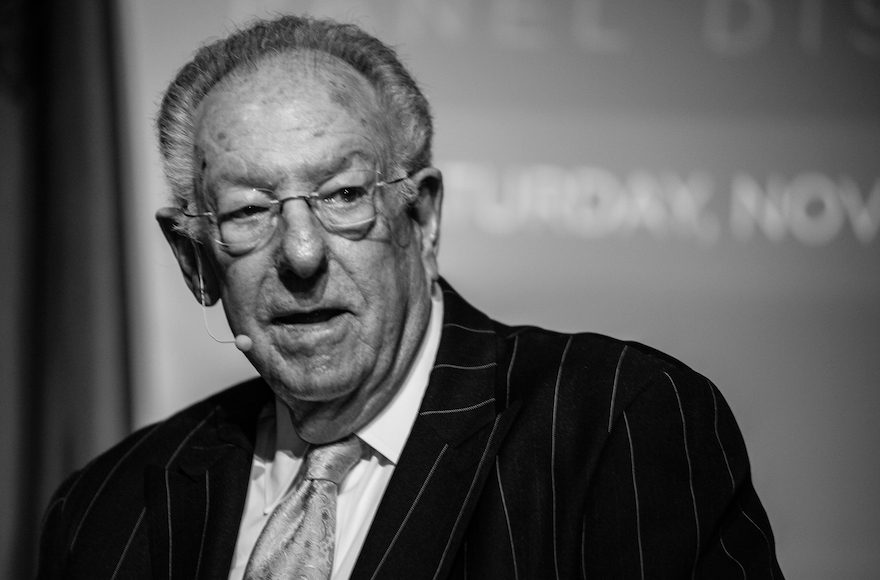 A flamboyant underworld attorney and former synagogue president was elected mayor of Las Vegas by a landslide, according to the final results from Tuesday’s vote.

In a telephone interview, Goodman stressed his past presidency of Temple Beth Shalom, a Conservative congregation, and his and his wife’s active support of the Jewish Federation of Las Vegas.

“I’m faulted by some for representing unpopular clients, but I do so in accordance with the Constitution of the United States,” he said.

Goodman has visited Israel four times, and accompanied each of his three sons as they celebrated their Bar Mitzvahs at the Western Wall.

Goodman’s candidacy was at first considered a stunt, but his quick wit, candor and pledge to make developers pay to revitalize the city’s downtown area propelled him to the top in a field of nine candidates.

Born in Philadelphia, Goodman moved to Las Vegas in 1964. He worked as both prosecuting attorney and public defender before turning to private practice.

Las Vegas has a population of 1.3 million. Its Jewish community, which has grown rapidly in recent years, numbers 65,000.

The mayor-elect played himself in the Martin Scorsese film “Casino” and is the subject of a recent British documentary, “Mob Law.”