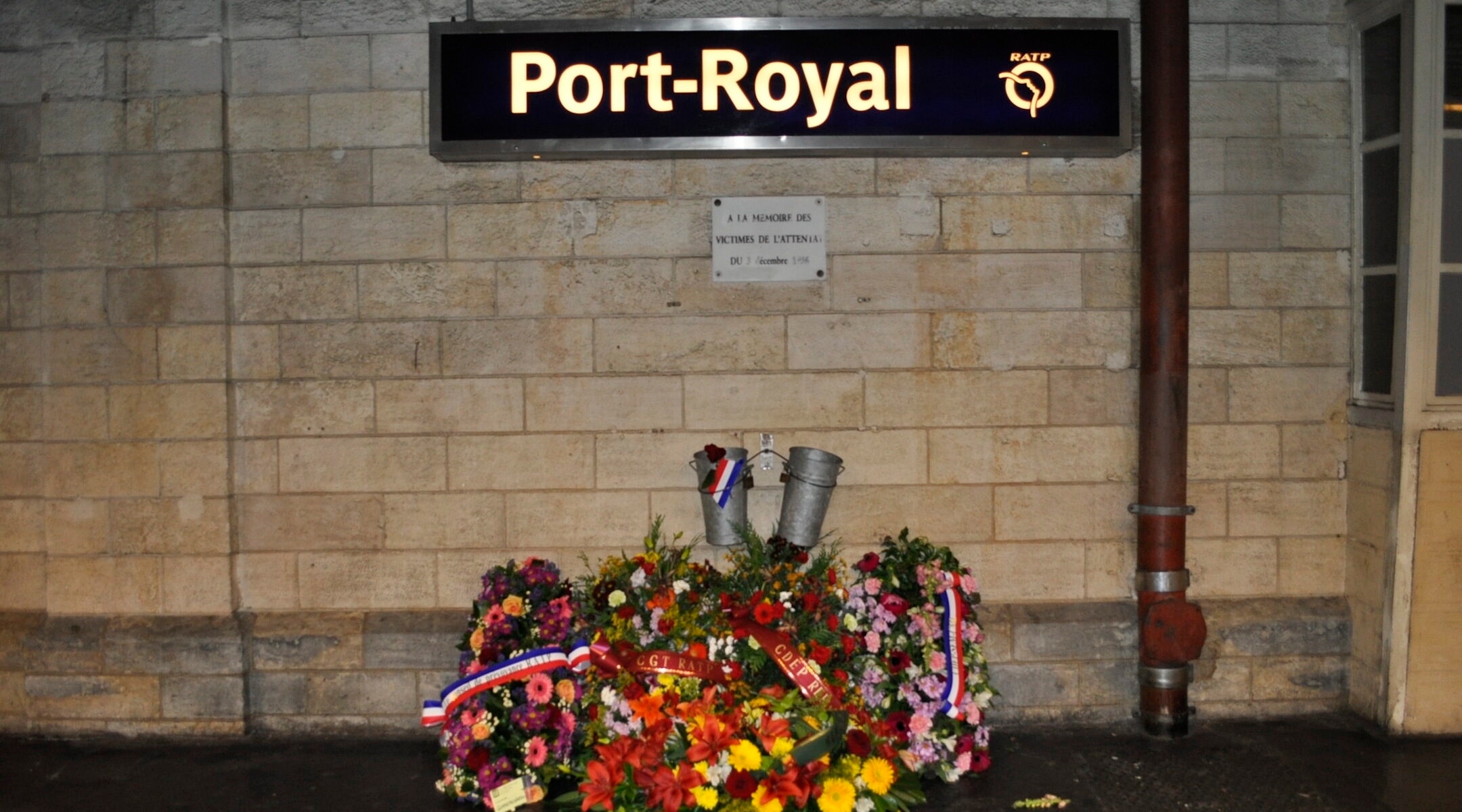 A letter bomb was sent to the offices of a French Jewish newspaper on Dec. 3, 1996. Later in the day, a French railway station was hit with a bomb that killed four people. (Wikimedia Commons)
See Original Daily Bulletin From This Date
Advertisement

France has tightened security around Jewish institutions this week after a letter bomb was sent to a Jewish weekly newspaper.

Jean Kahn, head of the Consistoire, which tends to the religious needs of France’s Jewish community, said the increased security measures came after the bomb, concealed in a videocassette, arrived in the offices of the Tribune Juive.

“The authorities have taken the necessary steps,” he said in a phone interview from Paris.

Yves Derai, publisher of the paper whose title translates Jewish Tribune, one of three leading Jewish publications in the capital, received the package on Tuesday.

He discovered the bomb inside before it exploded, averting a potentially deadly explosion.

“In my morning mail was a brown envelope. Inside it was a white envelope marked `Confidential.’ I opened it and found a videocassette inside a cardboard case. I tried to pull the cassette out, but it was stuck, so I ripped the cardboard,” Derai said in a phone interview.

“That’s what saved me. I saw a copper tube, a wire and a battery. If I had tugged harder on the cassette, I would have been dead,” he said.

Later that day, during the evening rush hour, a bomb ripped through a Paris subway, killing two people and injuring 79 others.

No one has claimed responsibility for the subway attack or the bomb sent to the Jewish paper.

Police are investigating both incidents, but they did not say whether they thought Tuesday’s bombs were connected.

The explosive device in the subway, a gas canister filled with nails, was similar to those used in a series of terror bombings in France last year that killed 8 people and wounded 160.

The 1995 attacks were mounted by Algerian Islamic fundamentalists, who are locked in a bitter civil war with the military-backed government in Algiers, which is supported by Paris.

Among those attacks was a car bombing outside a Jewish school in Villeurbane, a suburb of Lyon.

Fourteen people were injured in the September 1995 blast, which occurred 10 minutes before classes were dismissed.

Derai said he thought the package sent to the Jewish Tribune could be the work of extreme rightists or the Algerians.

“I had received some anti-Semitic phone calls, but nothing that would alarm me or put me on guard,” Derai said.

He said the bomb “was for me,” adding that it was not powerful enough to have hurt any of the 15 other people working in the Jewish Tribune’s offices.

Police removed the videocassette from the Tribune’s offices and defused it.