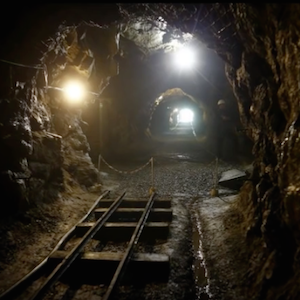 Sir Herbert Emerson, director of the Intergovernmental Committee on Refugees, addressing the Preparatory Commission of the U.N. International Refugee Organization, today confirmed that the United States Government had authorized the transfer of the Hungarian “gold train” to his organization for the rehabilitation of survivors of Nazi persecution.

He said that the contents of the train are valued at approximately $15,000,000 and that American military authorities were still cataloguing the valuables, which include furs, rugs, household linens, clocks, watches, and jewelry. The non-monetary gold is stored in the vaults of a bank in Frankfurt, while the ramainder of the loot is in Salzburg.

Sir Herbert also reported that the Intergovernmental Committee had no funds on hand, but that it was expecting to receive in the near future 50,000,000 kronen (about $13,500,000) from Sweden toward the total sum of $25,000,000 allocated to it by the Allied Reparations Conference from German assets held in neutral countries. Negotiations are under way with the Swiss Government for its share of the fund, he stated.

LIBERAL APPROACH URGED ON RESETTLEMENT OF JEWISH “INFILTREES” FROM POLAND

Emerson urged a liberal approach in deciding which Jews are eligible for resettlement by the Intergovernmental Committee under the terms of the reparations allocation, pointing out that the Polish Jews now infiltrating the various zones of Germany and Austria are victims of the Nazis as well as of fascism in Poland.

He recalled that the Intergovernmental Commission had been authorized to cooperate with the Jewish Agency and the Joint Distribution Committee in carrying out the resettlement of Jews who came under the definitions of the reparations agreement reached in Paris Dec., 1945. The functions of the Intergovernmental Committee, he said, will be transferred only to the International Refugee Organization, but he doubted that the funds available from reparations would be sufficient to rehabilitate and resettle all the Jews.

At today’s session the French delegate challenged an assertion by British delegate Sir George Rendel that the Jews constituted only ten percent of the DP’s in Europe. The French representative pointed out that the Jews numbered 250,000 and composed twenty-five percent of the displaced persons. He added that France would not agree to leaving the Jews in camps. Rendel later admitted that his statistics were based on the British zone alone.

At the opening of today’s session, a telegram from the American Council for Judaism was read, announcing that the Council would confer with Protestant and Catholic groups on plans to resettle Jews anywhere in the world.