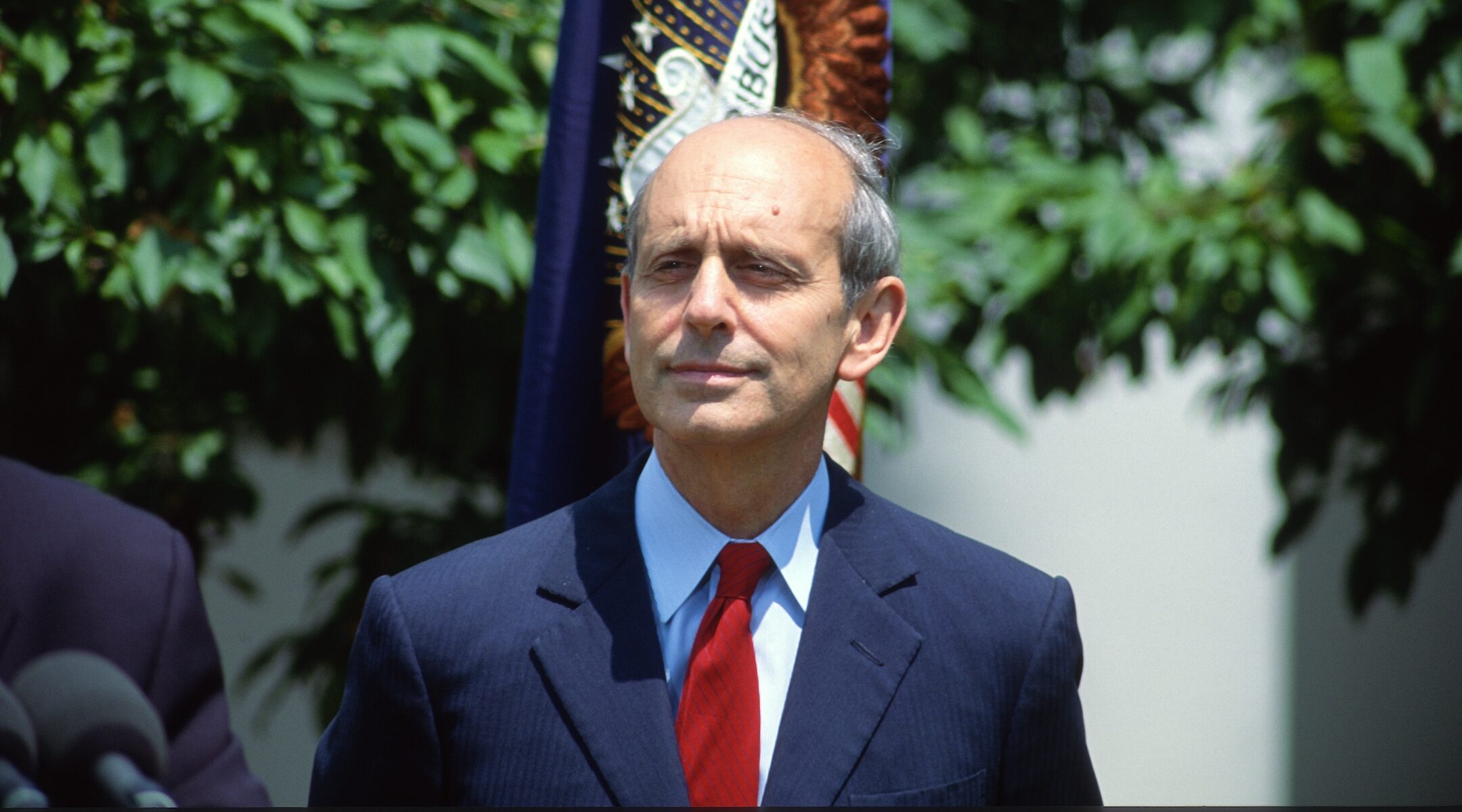 In his confirmation hearings this week, Supreme Court nominee Stephen Breyer endorsed a high wall of separation between church and state.

The man who is expected to become the second Jewish justice on the current court also said he believes a woman has a constitutional right to an abortion.

These views drew praise from several Jewish organizations that are active in these areas.

The Senate Judiciary Committee was expected to confirm Breyer this week as the 108th justice.

He will replace Justice Harry Blackmun, who retired last month. He will also join Justice Ruth Bader Ginsburg, the first Jew to sit on the court since 1969.

In his testimony, Breyer said the wall between church and state has become even more important today than when the Establishment Clause of the First Amendment was first written by the framers of the Constitution.

That clause says Congress “shall make no law respecting the establishment of religion.”

In response to a question on the Establishment Clause from Sen. Orrin Hatch (R-Utah), Breyer placed himself firmly on the side of a strong separation between religion and government.

Each religion, Breyer said, “would not want the state to decide with some other religion, so each must be concerned that the state remains neutral.”

‘A SENSITIVITY TO RELIGOUS LIBERTIES’

Mark Pelavin, Washington representative of the American Jewish Congress, said that while there were no “grandiose pronouncements on his philosophical approach to religious liberty issues,” Breyer’s early comments were “encouraging.”

In his testimony, Breyer expressed his belief that the state can aid religion in some instances, such as if a house of worship is on fire.

Referring to the Supreme Court’s recent decision to close the Kiryas Joel school district created exclusively to serve disabled Chasidic children in upstate New York, Sen. Patrick Leahy (D-Vt.) asked Breyer if the court should give a clearer ruling on “what governmental accommodation of religion is constitutionally permissible.”

Breyer said the court has been clear “about favoritism” and “not having one religion over another, not favoring religion over non-religion.”

Breyer refused to comment further, as is customary with Supreme Court nominees who want to avoid commenting on cases that might come before the court.

The senators questioned Breyer on a broad range of issues, including abortion rights and the death penalty.

As for abortion, Breyer said that Roe v. Wade “is the law” and it was “recently affirmed by the Supreme Court of the United States.”

Sammie Moshenberg, director of the Washington office of the National Council of Jewish Women, said she is “clearly pleased Breyer has affirmed his belief that Roe is settled law.”