The Liebermans: In their own words 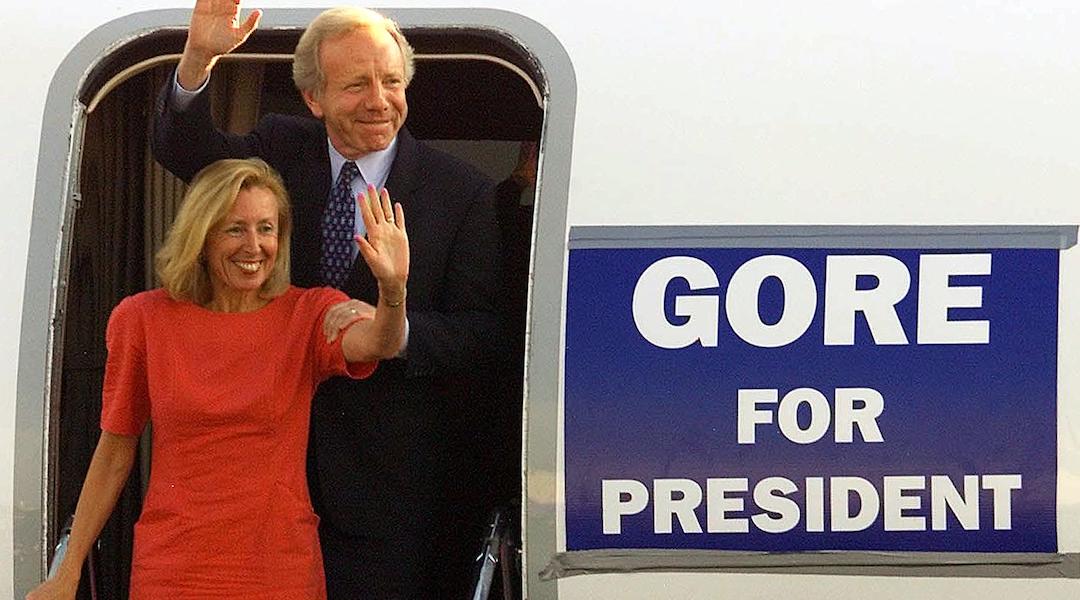 The following are statements made by Sen. Joseph Lieberman (D- Conn.) and his wife, Hadassah, this week.

“I hope [Americans] conclude that I’m experienced, that I’m thoughtful, that I share their mainstream values.”

“American policy and Israeli policy has been in the same direction. I have got a lot of friends in the Arab-American community.”

“I’m a believer in the peace process.”

On moving the Israeli Embassy from Tel Aviv to Jerusalem:

“I have been a supporter of moving our embassy to Jerusalem. It just seems to me that in every other country in the world, we put our embassy in the city that the country says is its capital. The piece of land where — which we already have designated for an American embassy in Jerusalem — it is in a part of Jerusalem that was Israeli back to 1948. So under no settlement would that change.”

“Let’s wait until the end of year, see where we are, and then, before [President Clinton] leaves office, he will make a decision about moving that embassy.”

On his faith and practice:

“I’m not surprised that there’s been a lot of focus on my religion now, because we’ve broken a barrier.”

“I believe that my faith is going to strengthen my ability in this next opportunity that I’ve been fortunate enough to be given just as it has throughout my life.”

“They’re going to ask me some very fair questions. You know, ‘Will you do your government work on your Sabbath?’ Well, of course I will. That’s what I’ve always done. That’s my responsibility. That’s a value that, in my understanding of my religion, takes precedence over the normal way I observe the Sabbath, as important as my religion is.”

“I like to think of myself, as an observant Jew, because it is broader and it’s inclusive.”

“When it comes to governmental responsibility, I have always felt — and the rabbis have encouraged me in this — and Jewish tradition does — that when you have a responsibility to people that can protect or advance their well-being or their lives, then you have got to do it. If the Sabbath is about respecting creation and honoring and protecting human life, then how could you let the specific prohibitions of the Sabbath stop you from doing that? So I voted on the Sabbath.”

On the role of religion in the campaign:

“I think religion, not through the state but in our country, has always been a great asset.”

“I think it [religion] informs and makes us a better country.”

On being chosen as a candidate:

“I cannot express with words the gratitude that I feel in my heart today as the first Jewish American to be honored to be a major party candidate for the vice presidency of this blessed United States of America of ours!”

“There are some people who might actually call Al’s selection of me an act of chutzpah.”

“I am so grateful, and it redeems the faith that my parents gave me when they brought me up, which is that you know you don’t have to be like everybody else to make it in America. America gains its strength from its diversity, and the American people are fair, and they are tolerant and they will judge you based on who you are what your qualities are.”

“I’m sure there are some anti-Semites out there. But you know, this people, the American people, are so tolerant, they’re so open, I’m just convinced that they’re going to vote for me or against me not based on my religion, but based on how they judge me as a person and whether they think I can do this job, and I can’t ask any more than that.”

“Whether you and your family immigrated from Europe, Africa, Mexico, Latin America or Asia, I am standing here for you. This country is our country. This land is your land, and anything is possible for us.”