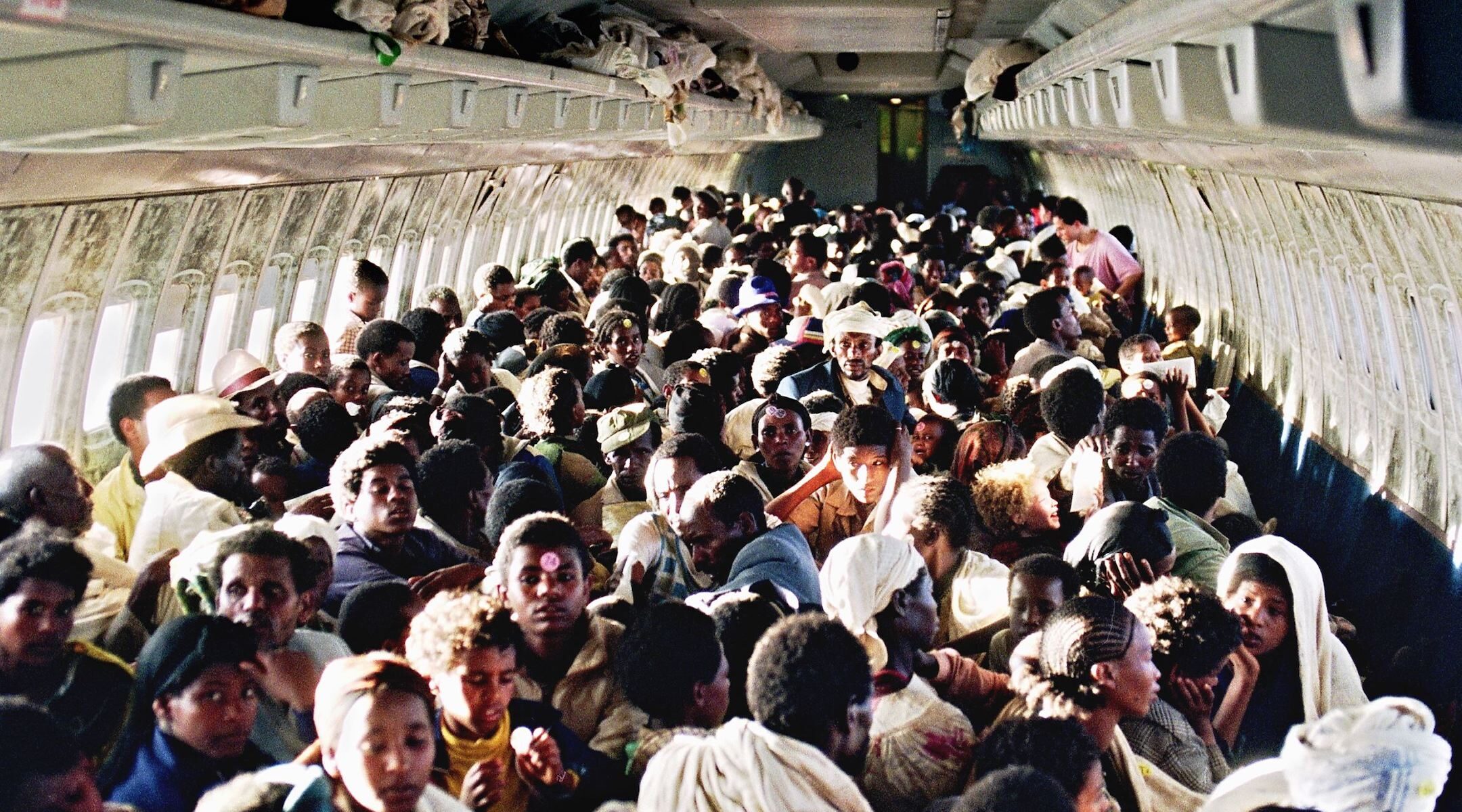 Ethiopian Jews on a flight to Israel in 1991. (Patrick Baz/AFP via Getty Images)
See Original Daily Bulletin From This Date
Advertisement

Schindler, president of the Union of American Hebrew Congregations (UAHC), the congregational branch of Reform Judaism in America, spoke in response to reports from Israel that the Chief Rabbinate insists the Ethiopian Jews undergo ritual immersion, a religious conversion rite, and denies marriage certificates to those who refuse.

“Such a demand is offensive and humiliating to a Jewish community that has guarded its Jewish identity for some 2,000 years in face of persecution, poverty and isolation from the rest of the Jewish world,” Schindler said in a statement issued here.

“The historic Operation Moses that brought thousands of Beta Israel to the Promised Land was based on the fact that these people are Jews, recognized as such by the rabbinate and the government of Israel. Their immigration to Israel has been made possible by the Law of Return, for which they qualify as Jews entitled to citizenship in Israel,” Schindler said.

He was referring to the secret airlift, code named Operation Moses, which brought more than 10,000 Ethiopian Jews to Israel between last November and last January. Beta Israel is the term Ethiopian Jews apply to themselves.

Schindler added: “Why, then, should the Ethiopian Jews be subjected to the insulting demand that they prove their Jewishness again by undergoing conversion? I see no reason for it and I join the Beta Israel in rejecting this procedure.” This week hundreds of Ethiopian Jews, men, women and children, marched from absorption centers all over Israel toward Ben Gurion Airport to protest the Rabbinate’s demands.

Schindler noted: “For two millennia the Jews of Ethiopia maintained their religious heritage, read the Torah, kept the Sabbath and observed the various Biblical feasts and fasts and ritual purification. It is a bitter irony that on their arrival in the land they have dreamed of and prayed for over the generations, they face a challenge to their Jewishness that is demeaning and degrading.”