As Jewish As Chinese Food

Chinese food, Lee says, is the most popular food in America. There are more Chinese restaurants in this country than all the McDonald’s, Burger Kings, and KFCs put together.

In Lee’s TED Talk, she meets the chef who created General Tso’s Chicken (she shows him a picture of the standard dish as it’s made in China, and he’s horrified) and tells how fortune cookies, originally a Japanese delicacy, came to be Chinese. In the 1940s, when fortune cookies were gaining popularity in America, Japanese immigrants were placed in internment camps–and Chinese people simply took over the nascent fortune-cookie market.

Lee’s Chinese food lectures have become so popular among Jews that she’s developed a special lecture for Jewish groups and JCCs. Jews’ love for Chinese cuisine is no joke–Lee says that Christmas is the busiest day of the year for Chinese restaurants in Miami, New York, and other Jewishly-populated cities. 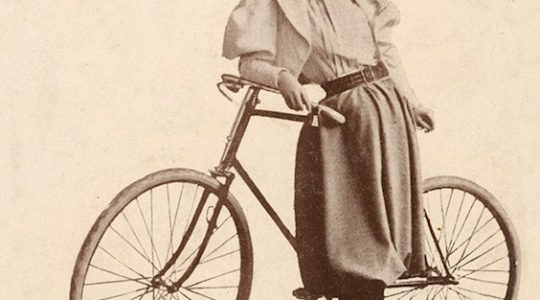