Here’s a history textbook that you probably didn’t use in Hebrew School: A collection of Jewish record album covers.

The book And You Shall Know Us by the Trail of Our Vinyl is a handsome collection of jackets from Jewish-themed records through the ages. Along with the expected Jewish singers (Barbra Streisand, Sammy Davis Jr., and old cantorial records), the volume’s authors uncover a seemingly endless supply of curiosities, some bizarre, some laughable, and some illuminating. These include the comedy record “Sexy Stories with a Yiddisha Flavor,” a Pat Boone album of Jewish classics, and an entire section on Jewish-Latin fusion records.

The book also contains a bunch of essays (with titles like “Haifa in Hi-Fi” and “Me Llamo Steinberg: The Jewish Latin Craze”), but the real reward is the covers themselves. They’re a feast for the eyes of the past half-century or so of funny, reverent, and irreverent takes on Jewish culture. 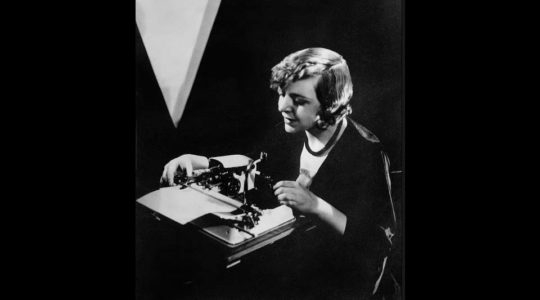