Sometimes it seems as though everyone’s on Twitter. Biker Lance Armstrong. Singer Katy Perry. Actor William Shatner. Recently, we were startled to see the addition of another “celebrity” into this strange mix: Rabbi Abraham Joshua Heschel.

For one thing, Heschel isn’t known to be succinct. He’s more renowned for 500-page books about the relationship with the Divine than 140-character tweets. For another, he’s been dead since 1972. But the Twitter stream @RabbiHeschel does a remarkable job of breaking down Heschel’s intricate ideas into brief, digestible–and, yes, enjoyable–quotes from the rabbi.

“The dignity of man consists not in his ability to make tools, machines, guns, but primarily in his being endowed w/ the gift of addressing God,” RabbiHeschel wrote recently. Other topics have included prayer, Sabbath, and racism (Heschel is often remembered for having marched with Dr. Martin Luther King).

And sometimes RabbiHeschel simply offers plain wisdom: “Words create worlds,” said one recent quote.We don’t know who’s behind the account, but we know that sentiment is true–Heschel’s words really did create a new world. And thanks to Twitter, it’s one that we can keep coming back to.

Immigrant Rock
“You Killed My Jew, Now I’ve Killed Yours”: The Murder of Bruno Schulz 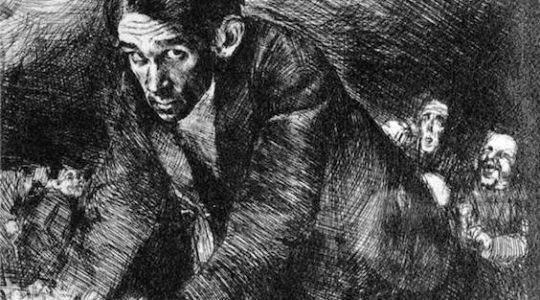