Rachel Bella Kahn was a memoirist way before tell-all books and reality TV were fashionable. She grew up in the Ukraine, but was sent to New York at the age of 18 after getting into an “inappropriate romance.” The year was 1894.

In America, Rachel was quickly wed to Abraham Calof. Together, they moved to a frontier town in Devils Lake, North Dakota.

Rachel Calof’s memoir, Rachel Calof ‘s Story: Jewish Homesteader on the Northern Plains, is one of the only extant records of small-town Jewish life in the early 1900s. The new Mrs. Calof was originally quite revolted at her married life. Her account of her wedding includes a “veil” made out of a flour sack, and the newlyweds shared a room with her new in-laws. But in Devils Lake, she welcomed the challenges of the frontier, working on the farm and giving birth to nine children.

Rachel writes about the difficulties of practicing Jewish rituals, such as circumcision and obtaining kosher food. And she tells how finally, she and her husband sold their farm after making it a successful enterprise, and retired to St. Paul, where she wrote this book.

Nature Boy
Burning Haman in the Streets of Provence 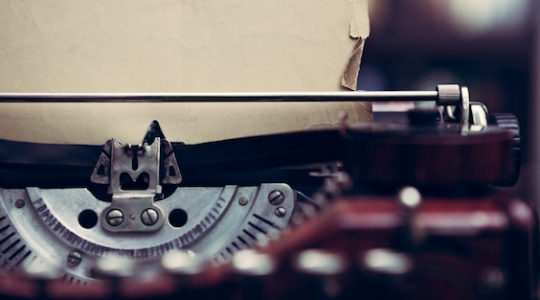