The new novel Journal of a UFO Investigator is part coming-of-age novel and part ’60s pulp science-fiction story. Danny is a thirteen-year-old who’s obsessed with aliens. He’s equally obsessed with teenage girls, who are just as much an alien species to him.

Between his invalid mother, his abusive father, and his abortive crush on Rosa Pagliano (whom he describes as a “shikseh goddess”), Danny’s life is pretty miserable. One night, he spots a UFO. A few weeks later, there’s a burglary, and Danny’s notes about the sighting are stolen. Suddenly, Danny’s life acquires a dizzying, is-it-real-or-isn’t-it quality, and he’s soon drafted into a sort of teenage X-Files squad that forge passports and uncover government conspiracies.

If this were a book for teenagers, not a book about them, the story would jump to an action sequence. Instead, Danny’s escapades–which include time-travel, abduction, and a weird alien almost-rape–are disturbing and emotionally complex. The reader is never sure what’s real and what’s a product of Danny’s imagination. His obsession with Bible stories blends into the alien culture he’s investigating; a Jewish girl in the squad uncannily resembles a Jewish version of Rosa. By the end of the book, we aren’t sure whom to believe. It’s as if an episode of The Wonder Years had spontaneously turned into an episode of The Twilight Zone, but still retained its charming naïveté. 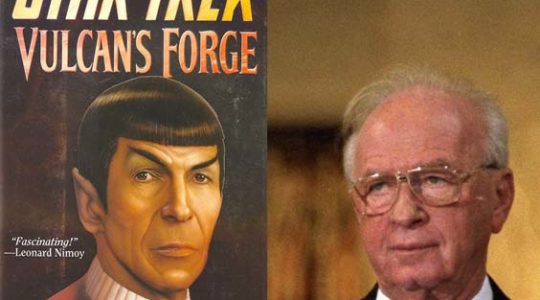