Throughout most of the Spanish-speaking world, every Saturday is Giant Saturday.

Each week in millions of homes, Don Francisco hosts a television show, “Sábado Gigante” (“Giant Saturday”). The three-hour show features a combination of contests, musical numbers, more serious human-interest stories, and zany stunts. It’s been parodied on The Simpsons, and it’s the longest-running television variety show in the world.

And its host is the son of German Jewish expatriates who fled to Chile during World War II.

Don Francisco (who, in addition to hosting, created the program) was born in 1940. His birth name is Mario Luis Kreutzberger Blumenfeld, and his parents were Holocaust survivors. His father escaped from a work camp–but never spoke about this experience until he was 80 years old. In 2005, prompted by his father’s revelations, Francisco went on the March of the Living and visited concentration camps in Eastern Europe. That experience culminated in a documentary, Testigos de Silencio (“Witnesses of Silence”), which chronicled both Francisco’s parents’ journey and his own.

Today, Francisco runs a yearly telethon for disabled Chilean children, and serves as the Hispanic spokesperson for the Muscular Dystrophy Association. But his main passion is for his work: Francisco loves being on the air, and has promised not to retire until the day he dies.

The Yo-Yo Guy on Sabado Gigante! from John Higby on Vimeo. 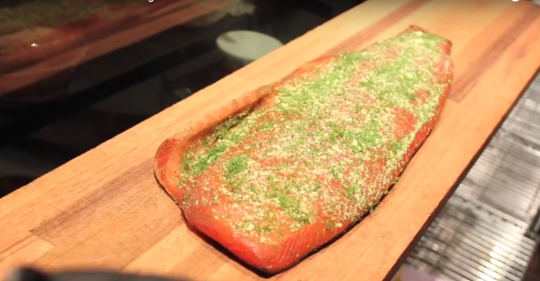