Talk about alienating half your potential audience.

The band Bulletproof Stockings, which formed in Crown Heights last year, will only play in front of all-women crowds. The two women in the band, pianist/singer Perl Wolfe and drummer Dalia Shusterman, are both Lubavitch Hasidim, and they adhere to a piece of Jewish law that says that men are not allowed to listen to women singing.

The band released a four-song E.P., Down to the Top, earlier this year. Drawing influences from Adele, Nina Simone, and Carole King, it’s raw, soulful, and swinging. Prominent themes in these songs are moving to Brooklyn, being lost, and discovering new places. “Deep within the holding area, the rats play hide and seek,” Wolfe sings on “Off Track.” “This vessel’s on its way. Just one or two delays.”

In the few months they’ve been gigging, Bulletproof Stockings concerts have turned into radically expressive spaces. The band plays for a community where women don’t dance or sing in front of men, and their shows provide a safe space for women to try both activities (minus the men). In a way, it’s similar to women-only spaces established by feminist groups in colleges and urban centers–a comparison which might be a surprise to both groups. 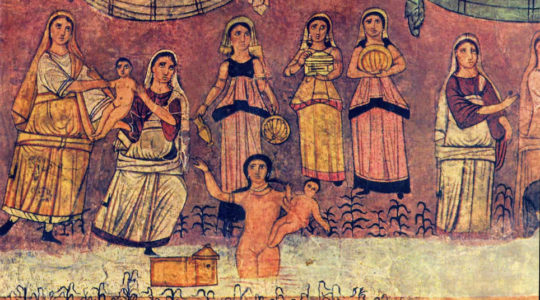