Every Story is a Nazi Story

Jud Suss was a Nazi propaganda film. By many historians’ and film critics’ measures, it was the most successful film of its kind. It tells a story about Joseph Suss Oppenheimer, who was an 18th-century financial minister and court Jew of the Duke of Württemburg.

In the film–directed by Veit Harlan but conceived of by Nazi propaganda minister Joseph Goebbels–Suss is a conniving politician. He bribes the Duke for his own nefarious purposes, and uses his power to smuggle Jews into the city of Stuttgart. Suss further outrages the population by raping a German girl, imprisoning her father, and torturing her fiance–not to mention, planning a coup and taking over the government. In the end, Suss is put on trial and executed, and the citizens of Württemburg exile the Jews. (You can watch a short clip here.)

Bizarrely, the film is based on a novel by Lion Feuchtwanger, a Jewish writer. In the book version, Suss is also an assistant to the Duke, and he is similarly plagued by jealous enemies. However, in the original, it’s not Suss who rapes a German girl, but the Duke who rapes Suss’ daughter. Similarly, Suss is the hero of the novel, a tragic character who never abandoned his Judaism.

In both the book and in real life, Suss was tried for being a traitor. He was found innocent, but was put to death by a mob. It’s a tragic tale–but perhaps the most tragic part of it all is how it was repositioned to be an excuse to carry out further anti-Semitic killings.

Hot Pockets Were Invented by These Iranian Jewish Brothers 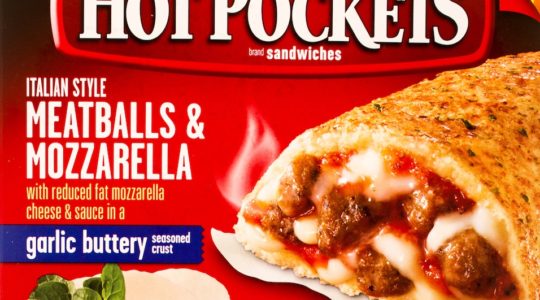