According to the sages of the Talmud (Kiddushin 29a), there are a few things a father is obligated to do for his son:

In the context of Talmudic priorities, the list seems to make sense–these are, after all, big hallmarks in a Jewish life. The passage is followed by a curious footnote: “Some say he must also teach his son to swim.”

Many commentators interpret teaching one’s children to swim as a sign of teaching them to become independent. You can hold a child in the water, but at some point, you have to let them go–hopefully having prepared them to float on their own.

A “Whodunnit” Murder Mystery About Anti-Semitism in Modern Poland 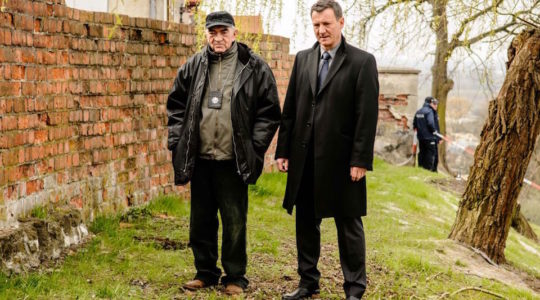 The Lady Gaga of Hasidic Music