From the same folks who discovered chicken soup and munching garlic cloves as remedies for the common cold, came the “gogol-mogol” the once-revered, now maligned shtetl health cocktail.

What, haven’t heard of it? Gogol-mogol, or “guggle-muggle” in Americanese, is an egg-based beverage rooted in the Russian Old Country. It’s typically made by beating an egg yolk with sugar and adding hot milk, although, like all things passed down through the generations, there are countless variations.

Barbra Streisand‘s mother fed her a classic gogol-mogol when Streisand was a child, hoping to strengthen her vocal chords. Mayor Ed Koch sipped a juice-and-liquor version to help get over the flu. Butter, cocoa, brandy, and rum are all fair game.

As for the exact origin of the gogol-mogol, no one is certain. Some Yiddishists point to a popular Russian cocktail by the same name. Another writer claims the Shulhan Arukh, a 16th century Spanish code of Jewish law, paved the way.

Either way, the gogol-mogol is sure to be around for quite some time. At least in name.

A Secret History of Yiddish 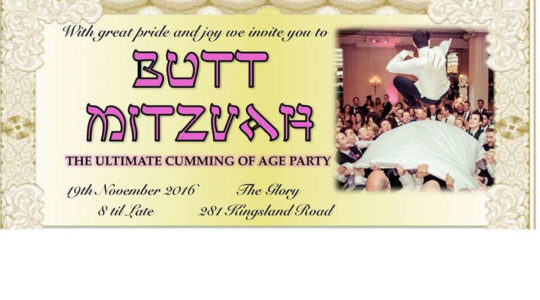