When Nazi tanks rolled into Warsaw in 1939, a 29-year-old Catholic woman named Irena Sendler made a decision: she would not stand by as her country’s Jews were persecuted. Despite smuggling approximately 2500 Jewish children out of the Warsaw Ghetto, Sendler lived in relative obscurity until her death in 2008. But just 2 years ago, PBS released a moving documentary that brought her posthumous fame—including a Facebook meme.

Sendler and the women she organized gave each child a Polish name, taught them basic Catholic prayers to allay any suspicions about their provenance, and kept detailed records so they could reunite them with surviving family members after the war. And if these women’s risk-taking actions weren’t impressive enough, the children they saved marvel at the personal attention and devotion they each received. “They treated me like their own child,” reflects Piotr Zettinger.

The makers of Irena Sendler: In the Name of Their Mothers sat down with Sendler for unforgettable interviews before her death, and the film features her and others’ stories as well as archival photographs and footage. Her work remains an incredible, little-known story of bravery, not to mention interfaith cooperation.

Watch Preview Trailer on PBS. See more from Irena Sendler: In the Name of Their Mothers.

A Newly Discovered Story by a Great, Dead Yiddish Writer 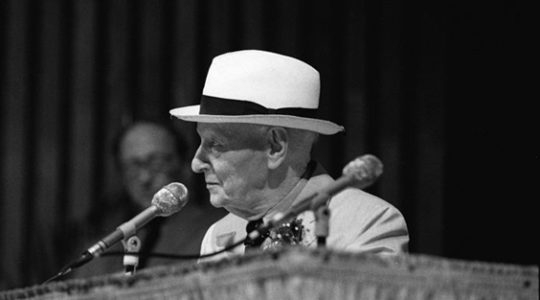