The trademark bass-slapping is at first replaced with the opening bars of “Sunrise, Sunset” from Fiddler on the Roof, but otherwise it looks like any other Seinfeld re-run – until Jerry and Elaine open their mouths and are suddenly fluent Yiddish speakers.

A Vimeo user who goes by the handle “A Mishel” has dubbed and uploaded excerpts from several classic Seinfeld episodes, including “The Bris” and “The Dentist.” The videos are billed as a language-learning tool (presumably to avoid any copyright infringement accusations). Delivery is sometimes a bit flat, and the Yiddish a bit formal for a comedy show (heavy on the German influence). But since the show, and Seinfeld himself, already borrow plenty of techniques from Yiddish humor, the language more or less feels right at home.

Listen to the Seinfeld theme song:


Watch the gang at a singles event…in Yiddish:


It’s the holidays! Go to Florida to shmooze with Jerry’s parents:

The Meaning of Life 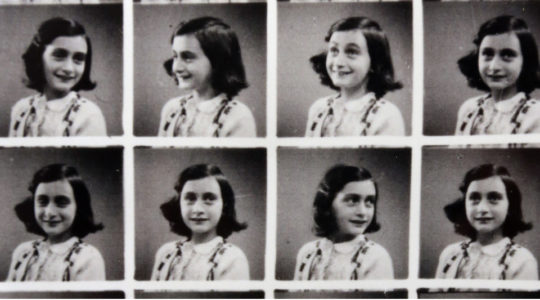