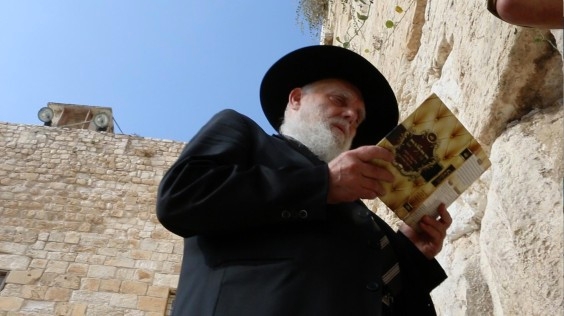 A blurb for Torah Codes: End to Darkness proclaims that the film is the definitive source “on the bible codes and what is happening in Israel.” It’s one of those things—maybe. It’s certainly not the other.

Torah Codes, a new documentary produced, directed, and hosted by filmmaker Richard Shaw, explores the tight-knit world of people who believe that the Torah contains sets of prescient encoded messages that can be excavated using software.

The idea is that patterns emerge among the Torah’s 347,805 words that thematically link words to other words nearby. Like, say, “Hamas” and “Terrorist,” or “Ebola” and “Epidemic deadly.” It’s distinct from numerology, which searches for meaning in the relationship between numbers and events; and it’s not quite gematria, which assigns numerical values to words. It’s, well, Torah codes.

The film is a complete mess, with nearly half of its hour-length devoted to irrelevant interviews with IDF soldiers, supernatarulists, and seemingly anyone interested in commenting on the Arab-Israeli conflict. But it is a fun mess nevertheless.

At the end of Torah Codes the message is clear: the key for peace in Israel may, in fact, be waiting for us in the Torah. We only have to look. Or something.

“Focus” on the Future