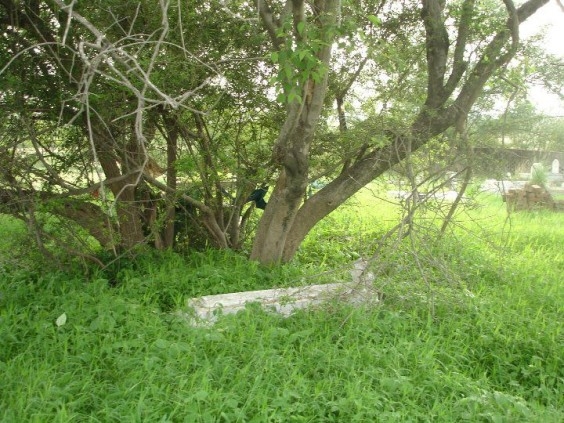 It might seem that the only Jews left in Pakistan are underground – in Karachi’s lone Jewish cemetery. But that’s not quite so. Faisal (Fishel) Benkhald, the son of a Muslim father and Iranian Jewish mother, dares to call himself a Jew in a country where the Jewish minority began dwindling in the 1940s, with the British partition of India, and today has all but vanished. Benkhald also leads a one-man campaign to save the Karachi cemetery from being sold to provide more burial space to the surrounding city.

One can trace a brief history of Jews in Pakistan through the plots there: from the time when Jews were employed in many branches of society (including, apparently, in “wharf supervision” in the port city) and synagogues dotted the city’s streets, to the 1980s, when, according to Benkhald, only 200 Jews remained in the country.

Benkhald’s efforts have raised some awareness – even catching the attention of various local Jewish papers in America and Dawn, the English-language daily in Pakistan. News of the beleaguered site in a rough neighborhood hasn’t drawn scores of international cleanup volunteers, however. Instead, Baloch caretakers, part of an Iranian minority in Pakistan, still take turns guarding the grounds, repairing walls, and keeping out looters, as they have since before Pakistan was a country.

» Watch a short (odd) video about the Karachi cemetery.
» One European Jewish family makes a home in Pakistan.
» Read more about Jewish Pakistani history.
» About the rabbi-free sect that made up Pakistan’s Jews.