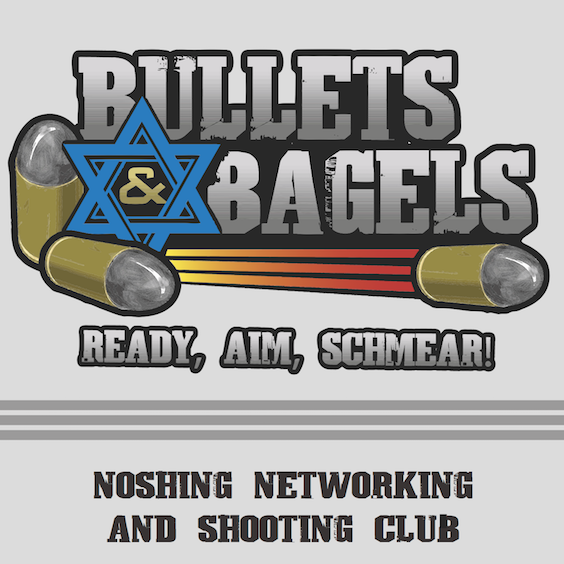 Whether American gun policy ever changes is a matter of heated and increasingly urgent debate, particularly in light of yesterday’s horrific shooting. No matter what policy changes take shape—if any do at all—some folks, Jews included, will likely continue to let off stress by driving to a shooting range and lobbing off a few rounds. That’s why Dr. Fred Kogen, a mohel and physician, started Bullets and Bagels in Orange County, California.

Kogen says he founded the club in 2013 after he put an NRA bumper sticker on his Prius. Whenever he’d show up to perform a bris, someone would inevitably confide that they too liked to shoot guns. After attending a few other shooting groups, he decided to start his own.

With the tagline “Ready, Aim, Schmear!,” the group of mostly Jewish firearm enthusiasts assembles every couple months to mix and mingle over deli food and coffee, and practice firing at paper targets printed with human silhouettes. “Noshing is ultimately what people think when they show up to an event, and it’s the foundation of the club,” Kogen told the Los Angeles Times. “We’re not so much training people to be law enforcement or military.”