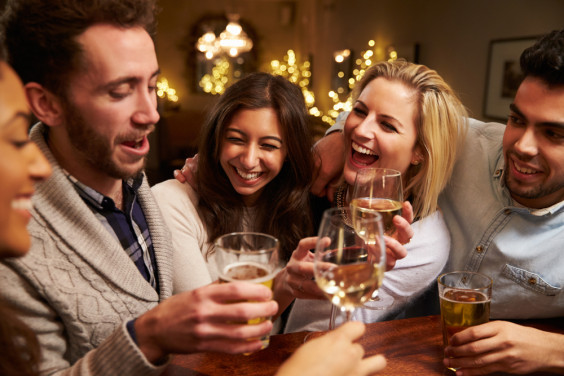 For generations Jewish children have sung a classic ditty for the holiday of Purim called “Once There was a Wicked, Wicked Man and Haman Was His Name-o.” The chorus, as you may know from your own Purim festivities, goes “For today we’ll merry, merry be (x3) and nosh some hamantaschen.”

Some research reveals that this classic Purim jingle full of odd turns of phrase has its origins in the 19th-century English drinking song, “Landlord Fill The Flowing Bowl.”

Landlord fill the flowing bowl, until it doth run over (x4)

Here’s to the lad who drinks dark ale and goes to bed quite mellow (x2)
He lives as he ought to live, he’ll die a happy fellow (x2) Chorus

How did this song travel from raucous pubs to synagogue social halls?

The first published reference to the song is from 1940, as part of a play, and later publications list its authorship as “anonymous” or “traditional.” Back in 1981, the plot thickened when Sh’ma magazine reported a reader’s claim that the song was penned by the famous Chicago educator Ben Aronin. But this reporter’s recent query to his family turned up a refutation of that claim.

We may never know how exactly this Old English drinking song would up in the  mouths of Jewish preschoolers who, even without drink, may be unable to tell the difference between Mordechai and Haman. But we’re not sorry it did.

» Listen to “Landlord Fill the Flowing Bowl”
» Compare it to “Once There Was a Wicked, Wicked Man”
» Consider whether it had something to do with this familiar tune about a farm dog
» Download an album of classic Purim songs

Now listen to “Once There Was a Wicked, Wicked Man”:

Consider whether it had something to do with this: 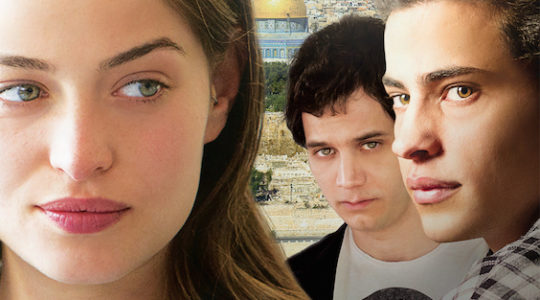 See the Only Woodcut Haggadah Made By and For Holocaust Survivors 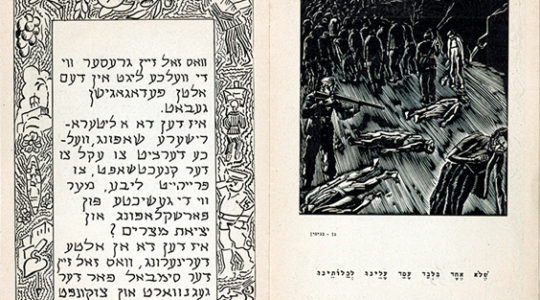