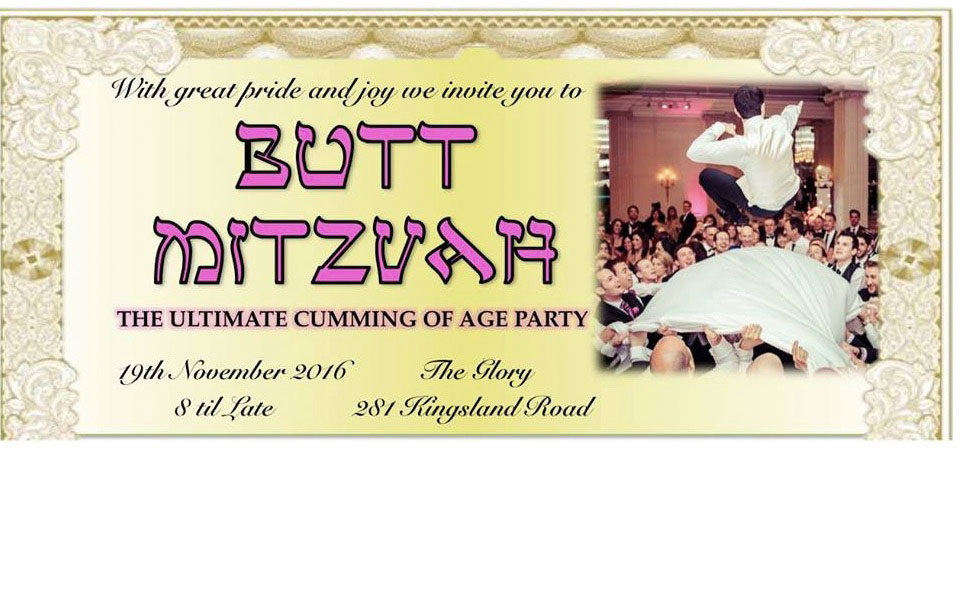 Whether or not you memorized your haftarah portion, you are cordially invited to raise a glass and dance a raucous horah at London’s first ever queer Jewish club night. The venue, lauded for reviving the cabaret and making a home for daring performance art, is raising the gauntlet (filled with Manischewitz) to host a “Buttmitzvah” – combining the rituals of a bat/bar mitzvah celebration with a campy all-inclusive gay dance party.

Cole put the word out on Facebook inviting, “Jews & Non-Jews, Chosen Ones & Unchosen Ones, Boys, Chicks & Boychiks, plus all those clever enough to have transcended gender.”

And for those brave enough: “Circumcision checks on the door for 10% off!”

A Tale of Two Adams
Beautiful Land, Beautiful People
Keep Your Wives Away from Them
A Biblical Soap Opera Gets Its Primetime Debut