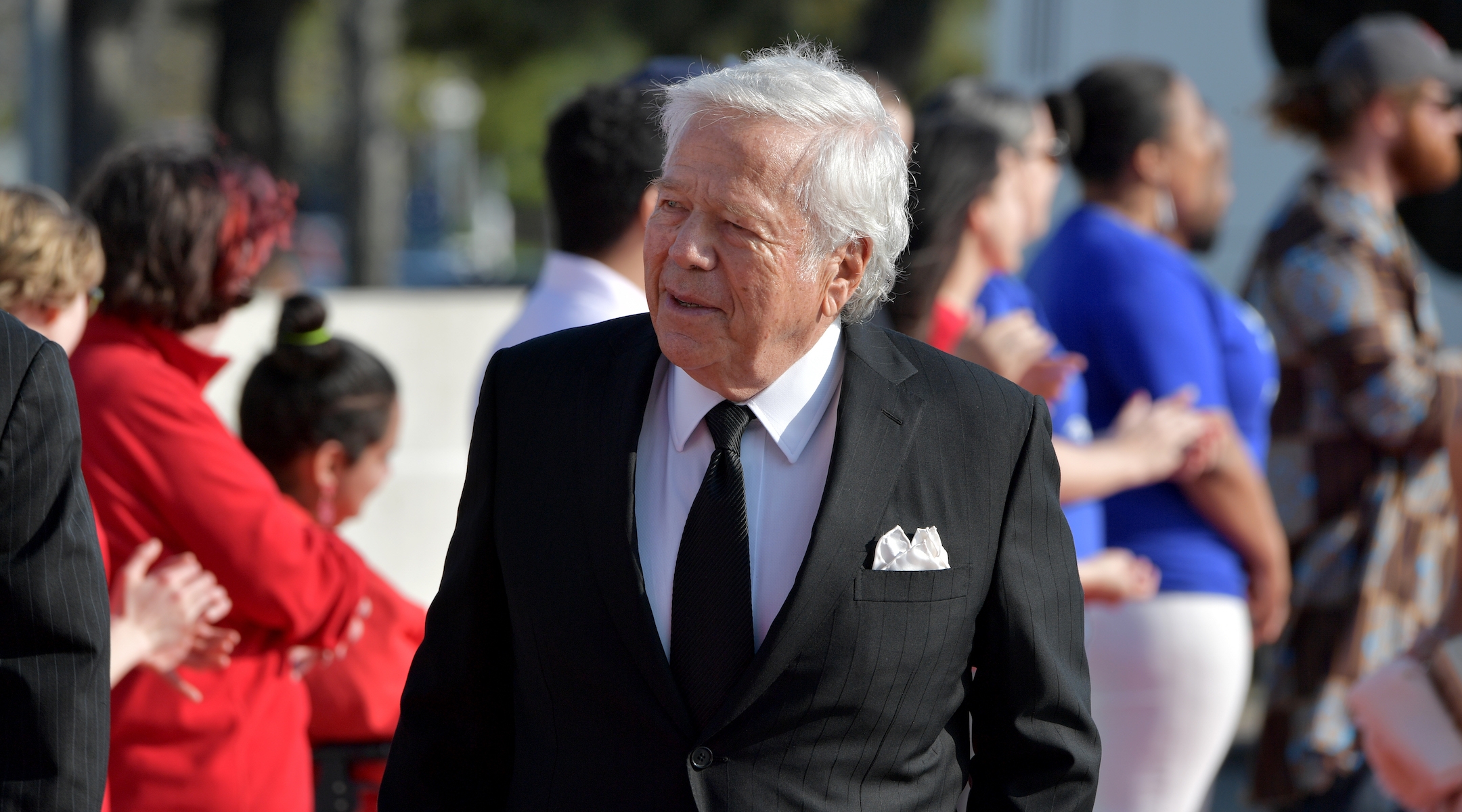 (JTA) — New England Patriots owner Robert Kraft is taking eight current and seven of the team’s former players with him to Israel.

Kraft, the billionaire philanthropist and CEO of the Kraft Group, is visiting the Jewish state to receive the Genesis Prize, nicknamed the Jewish Nobel Prize.

The group of former players includes stars such as Drew Bledsoe, Ty Law and Vince Wilfork. The group of current players includes longtime kicker Stephen Gostowski and Nate Ebner, a Jewish special teams specialist — and one of two Jewish players on the team (the other, wide receiver Julian Edelman, also would make the trip).

“I hope it’s going to turn out to be one of the greatest weeks in your life,” Kraft said to the players, according to SB Nation. “This is over a hundred times I’ve gone and the first time I went, on my honeymoon with my sweetheart, it just changed my life. This represents the entire history of our family’s involvement [with the Patriots] and we’re really excited.”

Kraft is currently on trial for soliciting a prostitute, but the prize foundation chairman, Stan Polovets, has voiced support for him. Kraft will receive the award in Jerusalem on Thursday.