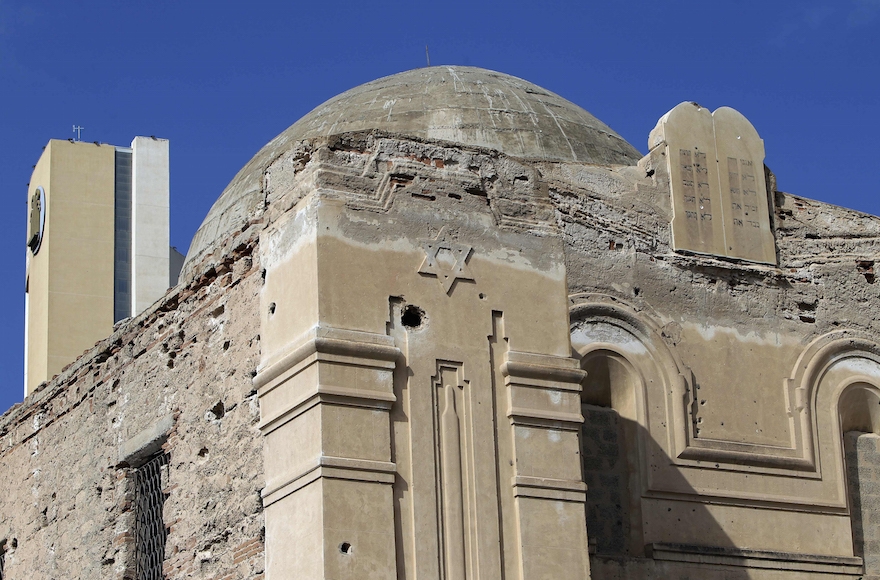 In a letter sent Tuesday to Pompeo, the organizations expressed worry that deals meant to curb looting would prevent Jews now living in the United States from retrieving personal and community belongings from their countries of origin.

Jews were forced out of countries in the Middle East and North Africa amid heavy persecution following the establishment of the state of Israel in 1948.

The letter was organized by Jews Indigenous to the Middle East and North Africa, or JIMENA, and signed by organizations including the Anti-Defamation League, the Conference of Presidents of Major American Jewish Organizations, the Simon Wiesenthal Center and the World Jewish Congress North America.

It calls on Pompeo to ensure “that a policy is in place that protects Jewish and Christian heritage by explicitly excluding them from any import restrictions and rejecting any state claims to individual and communal property.”

The letter references an import restriction request by Algeria that the State Department is currently considering.

Last year, JIMENA protested an agreement that the U.S. reached with Libya, saying it did not exclude Jewish artifacts. The State Department later told JTA that certain Jewish artifacts were exempt from the deal.