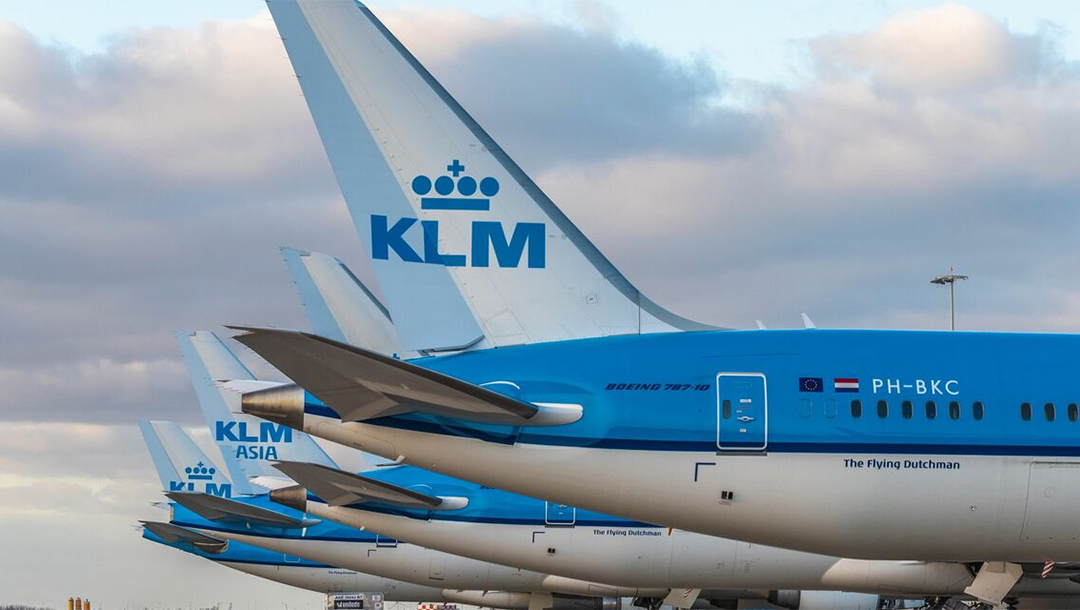 KLM airplanes at Schiphol Airport in the Netherlands. (KLM)
Advertisement

(JTA) — Dutch police at Amsterdam’s Schiphol Airport removed 18 Orthodox Jewish girls from a Delta-KLM flight bound for New York on Friday allegedly because they failed to comply with COVID-19 measures about eating at proscribed times.

The girls were part of a group of about 50 people traveling from Kyiv, Ukraine, with a layover in Amsterdam, the NIW Dutch Jewish weekly reported Friday. On the Amsterdam-New York City leg of the journey, which was operated by Delta Airlines in partnership with KLM, some of the girls began to eat their own food outside the designated meal time, allegedly because the flight did not carry food that complied with their community’s strict kosher standards.

When the girls failed to comply with requests to put away their food, flight attendants called police to remove the passengers.

“A group of passengers declined to follow the instructions of our staff and were escorted out of the airplane,” Delta told NIW.

The group also was denied in its request to board a later flight that would have still gotten them to New York before the start of Shabbat, when observant Jews are not allowed to travel by airplane.

Rabbi Yanki Jacobs of the Chabad on Campus in Amsterdam provided the girls with some glatt kosher food.

Relatives of the girls said the flight attendants were rude and impatient. Herman Loonstein, a prominent lawyer from the Dutch Jewish community, volunteered to representing the girls in talks with Delta.

For Shabbat, the girls are being transferred to Antwerp, a Belgian city with many Orthodox Jews. They will attempt to head back to the United States on Sunday.