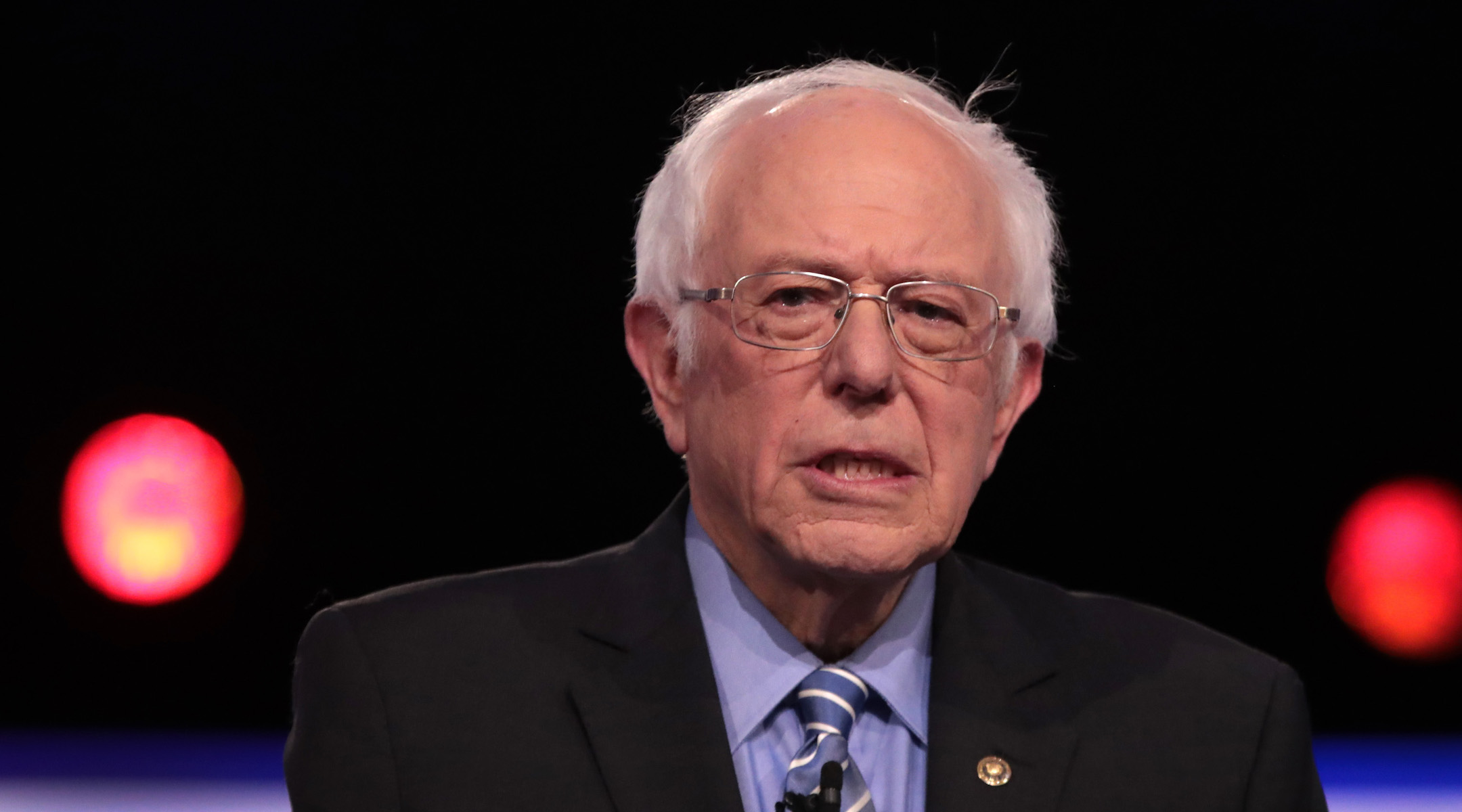 (JTA) — In the wake of Bernie Sanders’s decision to not attend the AIPAC Israel lobby’s annual conference for what he called the organization’s support of “bigotry,” a group of 347 rabbis signed an open letter to Sanders supporting AIPAC’s role in advancing the U.S.-Israel relationship.

Sanders, now the frontrunner in the race for the Democratic presidential nomination, said AIPAC provides a “platform” for “leaders who express bigotry and oppose basic Palestinian rights.”

“As strong supporters of the U.S.-Israel relationship and AIPAC’s role in advancing it, we reject Senator Bernie Sanders’ outrageous comment accusing AIPAC of fostering bigotry. AIPAC’s mission is one that we and our congregants care deeply about,” the rabbis, who are from Reform, Conservative and Orthodox denominations, wrote in the letter.

“AIPAC is one of the last remaining vehicles in American politics that proactively seeks to bring Americans from across the political spectrum together to achieve a common goal. The AIPAC Policy Conference may be the largest political gathering of Democrats and Republicans in the entire country,” the rabbis added.

During Tuesday night’s candidates’ debate in South Carolina, Sanders responded to a question about U.S. support for Israel, saying “our foreign policy in the Mideast should be about is absolutely protecting the independence and security of Israel.”

But, he added, “you cannot ignore the suffering of the Palestinian people.”