500 rabbis and Jewish leaders call for action against climate change 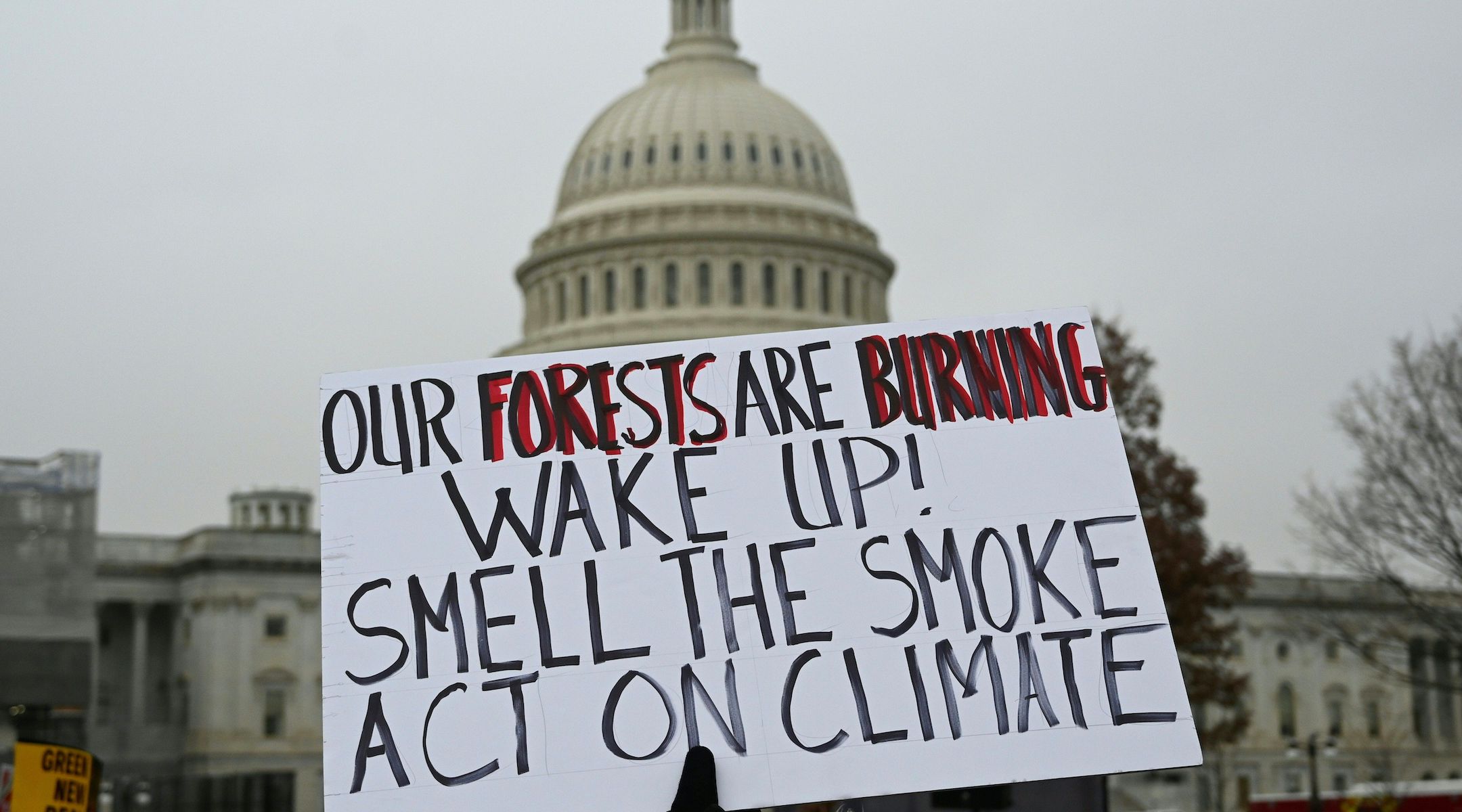 (JTA) — Five hundred rabbis and other Jewish leaders from around the world are calling for climate change action.

The letter released earlier this month was signed by rabbis and leaders spanning the denominational spectrum — from Orthodox to Reform and secular — and from countries including the United States, Canada, England, Israel and Brazil, according to a statement.

It was organized by activist and Jewish Renewal leader Rabbi Arthur Waskow. He is the founder and director of The Shalom Center, a Jewish group that seeks to “create a world of peace, justice, healing for the earth, and respect for the interconnectedness of all life.”

The letter calls for a number of actions, including participating in various efforts to help the environment and affect political change, as well as welcoming refugees affected by natural disasters.

“For the first time in the history of Humanity, we are actually moving toward the burning and devastation of the web of life on Earth by human action — the unremitting use of fossil fuels,” it reads. “Our children and grandchildren face deep misery and death unless we act.”