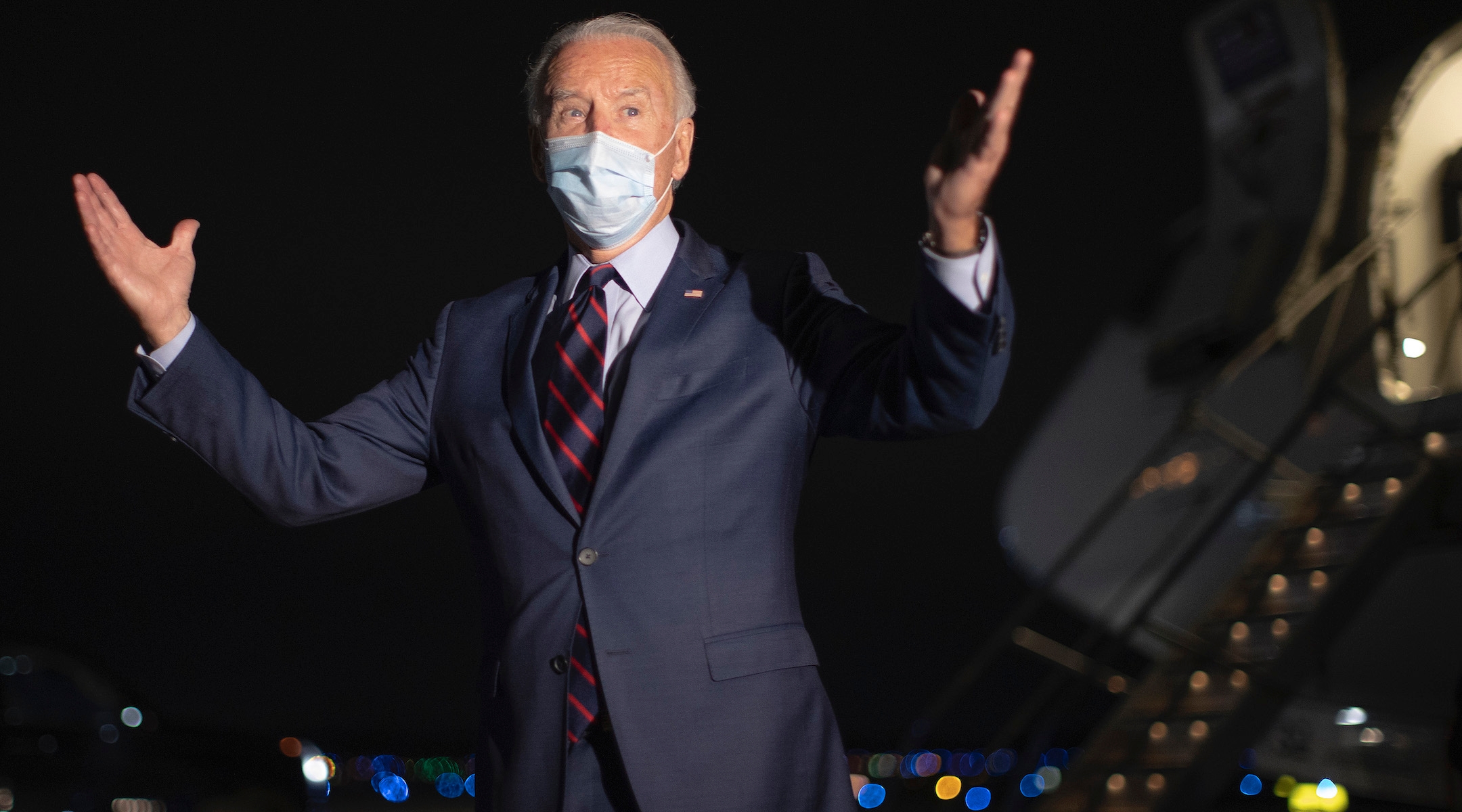 (JTA) — The Jewish vote in the upcoming presidential election should be very close to the way it has been split since 2012, a new study by the Pew Research Center found.

If those numbers bear out, they will be nearly identical to the Jewish result in 2016, when Pew found that Hillary Clinton won 71% of the Jewish vote to Trump’s 25%. In 2012, the numbers were slightly higher for the Republican candidate: Barack Obama won 69% of the Jewish vote while Mitt Romney won 30%.

The margin of error for Jewish respondents on the Pew survey is quite large, at 9.6%, which means that the result is statistically similar to the Jewish vote in previous elections.

The poll is a blow to Jewish Republican hopes that Trump’s record in office regarding Israel — including recognizing Israeli territorial claims, brokering peace between Israel and two Arab states and pulling out of the Iran nuclear agreement — could shift the Jewish vote in his favor.

The Pew poll also found that 35% of Jewish Americans approve of the job Trump has done in office, similar to his 38% approval rating among Americans overall.