A day after covering his head with his hands, Trump impeachment lawyer wears kippah on Senate floor 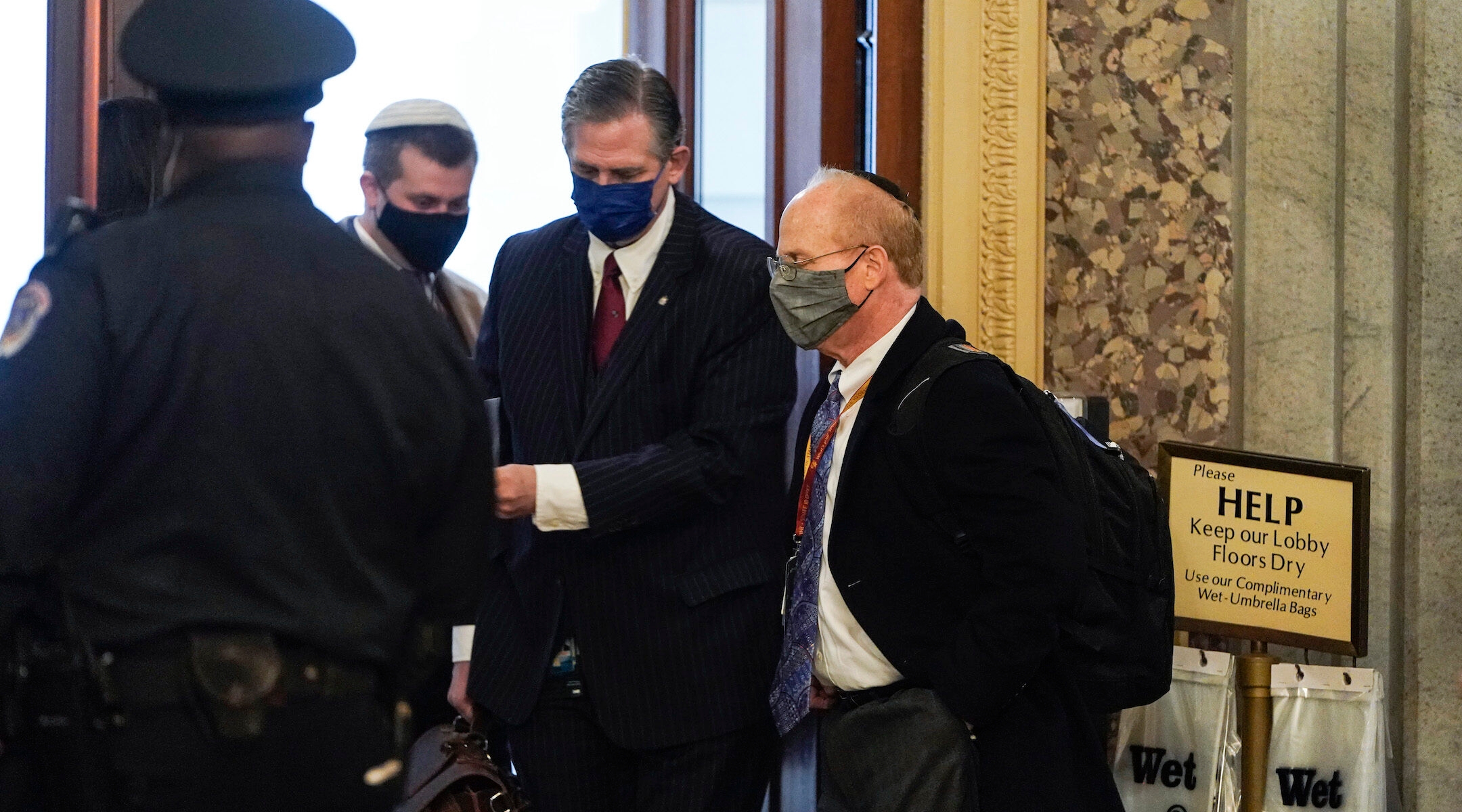 David Schoen, right, arrives prior to the start of opening arguments on the second day of Donald Trump's second impeachment trial at the U.S. Capitol, Feb. 10, 2021. (Joshua Roberts/Pool/Getty Images)
Advertisement

(JTA) — Attorney David Schoen was wary of wearing his kippah on the Senate floor on the first day of the impeachment trial of his client, former President Donald Trump.

On Tuesday, Schoen told CNN following the hearings that he was worried it was not “appropriate,” that it was “awkward” and that it might offend someone. He had been seen entering the Capitol wearing the kippah.

But the yarmulke’s absence while the attorney spoke drew more attention than its presence might have. While addressing the chamber, Schoen repeatedly covered his head with his hand when he drank water, leading to an explosion of social media questions.

On Wednesday, Schoen opted to wear the kippah on the floor.

He did not speak, however — the entire proceeding was given over to Democrats making their case that Trump should be convicted for his role in spurring the deadly Jan. 6 raid on the U.S. Capitol by his supporters, who sought to stop the affirmation of Joe Biden’s election as president.

Trump’s defense team may retake the stage as early as Thursday afternoon, when the kippah question could head for a resolution.

RELATED: Why did Trump’s impeachment lawyer David Schoen keep putting his hand on his head?