A Jewish author used a World War II image for his book on Sweden’s Nazi collaboration. A museum sued him. 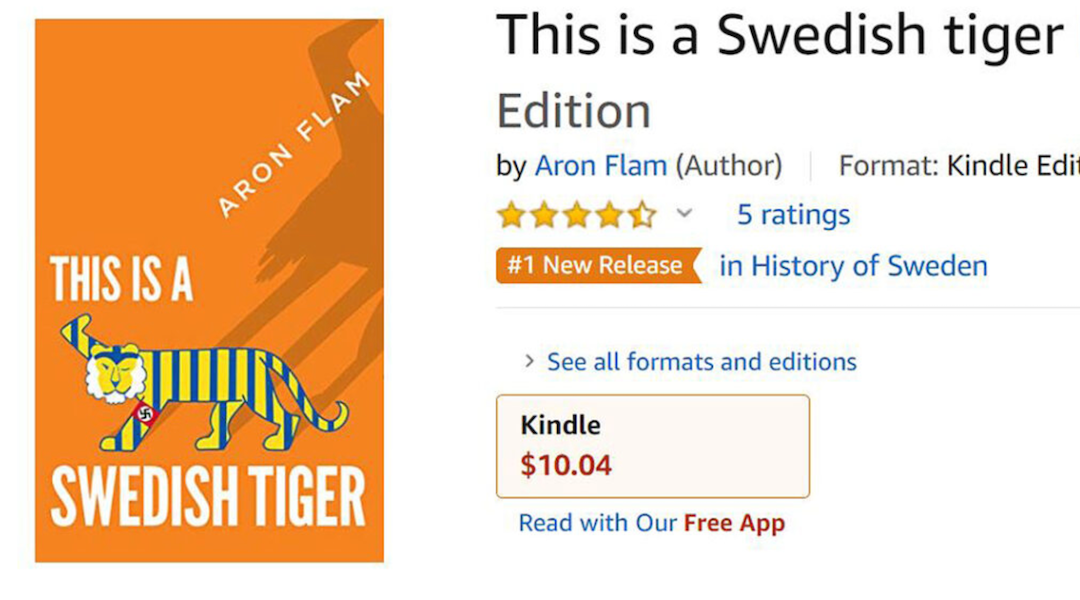 The book cover of "This is a Swedish Tiger" by the Swedish-Jewish author Aron Flam as seen on Amazon. (Screen shot from Amazon)
Advertisement

(JTA) — A new book about Sweden’s collaboration with Nazi Germany has prompted controversy and a lawsuit against the book’s Jewish author from one of the country’s World War II museums.

But the lawsuit, which got thrown out of court Friday, wasn’t even about book’s subject, which in Sweden has been out in the open for decades.

Instead, Aron Flam was sued over copyright ownership of a cartoon tiger that he used on the cover of his recently published book “This Is a Swedish Tiger.”

In Sweden, the tiger image was used in a propaganda campaign during World War II to discourage Swedes from saying things or take actions that would have jeopardized Sweden’s neutral status — in Swedish, the word “tiger” also means silence. The image on the cover of Flam’s book has the tiger wearing a Nazi armband with a black swastika, although the original image bears none of these symbols.

The tiger symbol is owned by the Emergency Preparedness Museum, which includes exhibits from Sweden’s preparations for the war.

The ruling Friday by the Patent and Market Court of Stockholm District Court said Flam did not violate the private museum’s copyrights because he used the symbol to parody it,  according to the SVT broadcaster. Flam told SVT the ruling came as a “great relief.”

Earlier this year, the book sold through two print runs before Swedish police confiscated 2,000 copies as the lawsuit started.