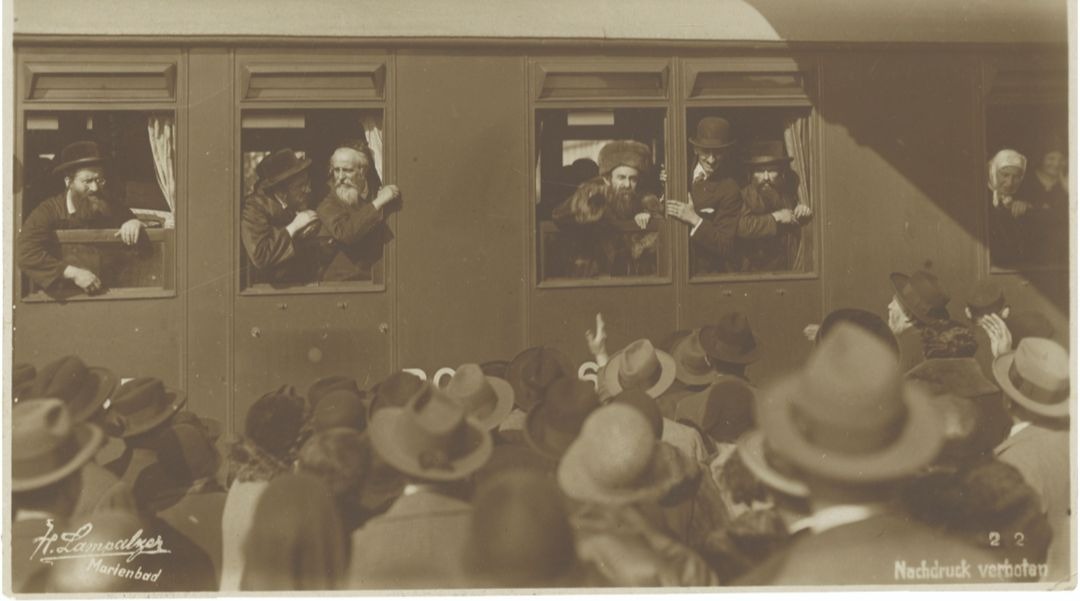 JERUSALEM (JTA) — A photo of the fourth Belzer Rebbe, Rabbi Aharon Rokeach, that was snapped by a German photographer and sent to a Nazi soldier just after the outbreak of World War II was recently discovered.

The rare and previously unknown photo was taken at the railway station in Marienbad, now part of the Czech Republic, in the late 1930s and appears to show him saying goodbye to relatives or followers.

It will be auctioned next month by the Kedem Auction House in Jerusalem.

Photographer Hans Lampalzer was a non-Jewish photographer who frequently photographed rabbis and Jewish leaders that lived in or visited the town. His photos were published in the anti-Semitic weekly “Der Stürmer.”

He wrote on the back of the photo, which he used as a postcard: “Allow me to send you warm greetings from Marienbad.” It is stamped with a Marienbad postmark, featuring two swastikas, and a postage stamp of the German Reich, and addressed to Hauptmann Grube, a Nazi German soldier. The postcard was sent to Air Force headquarters in the fall of 1939.

The Belzer Rebbe, known for his dedication to Torah study and for his asceticism, was high on the list of the Gestapo targets due to his high profile. He and his half-brother, Rabbi Mordechai of Bilgoray, managed to escape from Poland into Hungary, then into Turkey, Lebanon, and finally into Israel in February 1944. HIs wife, children and grandchildren all were killed by the Nazis. He died in 1957 and was succeeded by his nephew, Rabbi Yissachar Dov Rokeach.