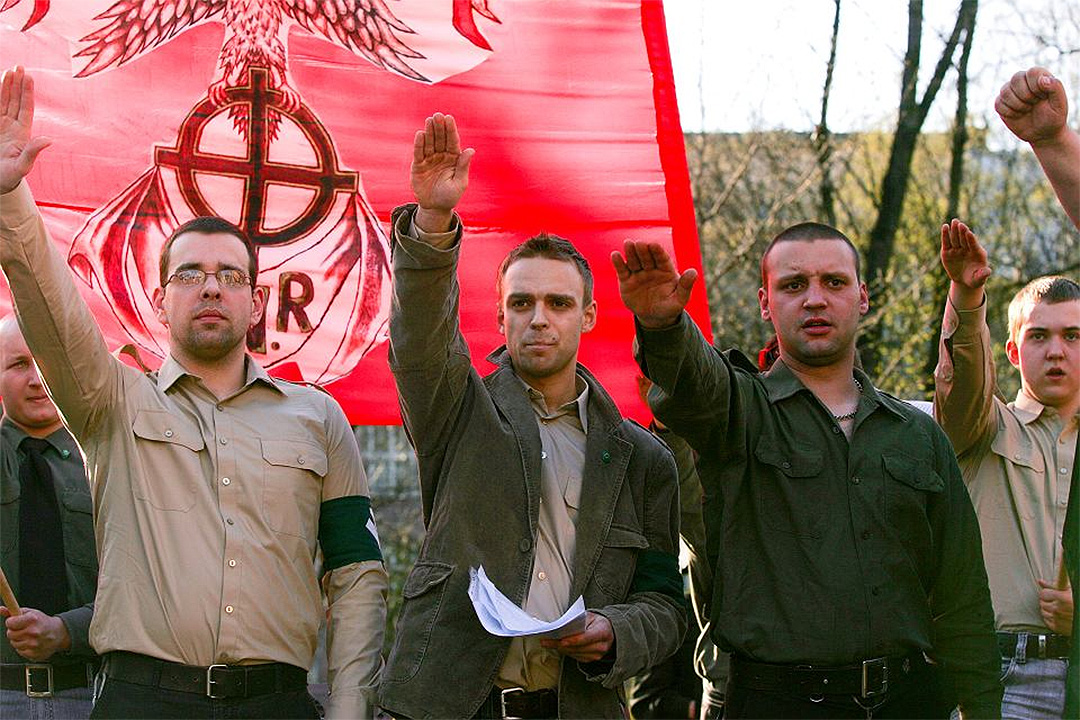 Tomasz Greniuch, holding papers, makes a gesture that appears to be a Nazi salute at a far-right event in Poland in 2007. (Bartosz Siedlik, courtesy of Gazeta Wyborcza)
Advertisement

(JTA) — Images have emerged in Poland of a man who was recently appointed to a senior post at a state historical research institution performing what appears to be a Nazi salute.

On Thursday, the Gazeta Wyborcza daily published the pictures from 2007 of Tomasz Greniuch, who in 2019 was appointed head of the local branch of the Institute of National Remembrance in Opole, in southwestern Poland.

Greniuch is seen extending his right arm in a gesture similar to the Nazi salute during a meeting of the far-right ONR group to which he used to belong. Greniuch’s appointment was controversial in Poland due to his ONR ties, which he said at the time extended mostly to reading the group’s literature on Polish nationalism.

In addition to millions of Jews, the Nazis murdered about 3 million non-Jewish Polish people during the Holocaust. Subsequently the sort of glorification of Nazism that is prevalent in Ukraine, Hungary and the Baltic states, among other parts of Europe, is a rare phenomenon in Poland.

“This man should never have never been appointed,” Andrzej Pawluszek, once the adviser to Mateusz Morawiecki, told the SE website. “We are dealing with a scandal that is hitting Poland.”

Pawluszek added: “Nobody will convince me that a person giving the Nazi salute is a patriot.”