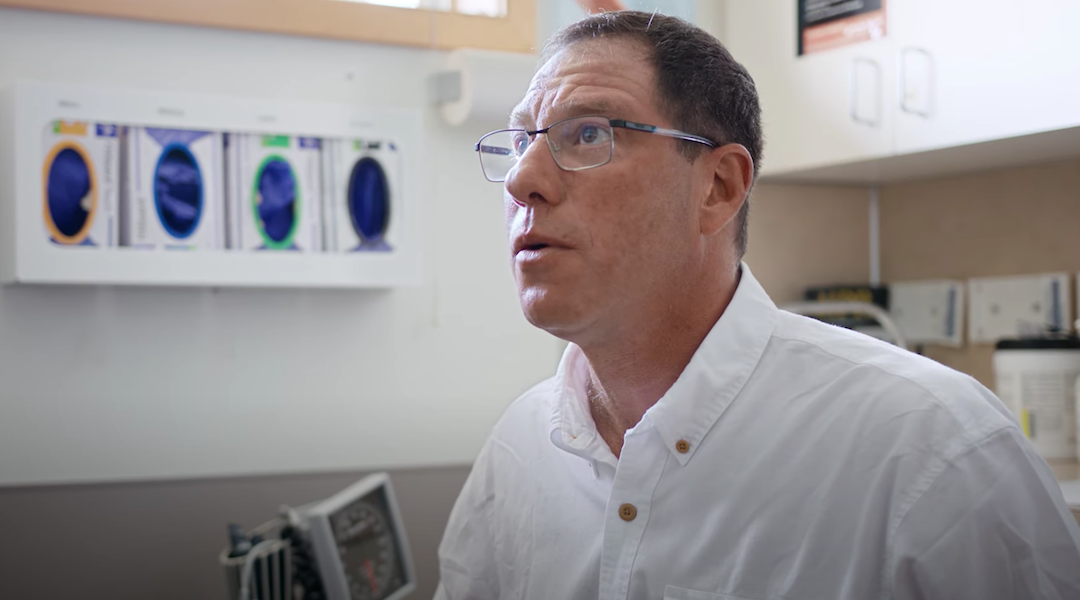 Al Gross is seen in a campaign video that also shows him on a fishing boat and in camouflage hunting gear. (Screenshot from YouTube)
Advertisement

(JTA) — Al Gross, the bear-killing Jewish doctor whose Senate bid drew a groundswell of support from across the United States, will not represent Alaska in Congress.

Multiple news organizations called the race for the incumbent Republican, Dan Sullivan, on Wednesday morning. That was more than a week after polls closed and a day after the state began counting the unprecedented number of mail-in ballots received this year.

Sullivan held a commanding lead in the vote count at 57.5% to Gross’ 37.5%. The challenger had not conceded after saying on Tuesday night that many ballots remained to be counted, but it would be virtually impossible for Gross to close the gap with just a quarter of votes remaining untallied.

Gross, whose father, Avrum, was once the state’s attorney general, mounted a formidable challenge against Sullivan, who allied himself closely with President Donald Trump. When polls showed that Gross was within striking distance, Americans flooded his campaign with donations, sending more than $9 million this fall in hopes of flipping the seat Democratic and winning a Democratic majority in the Senate.

But that spending fell short and control of the Senate now hinges on the outcomes of two runoff elections in Georgia in January, including one featuring a Democratic candidate who is Jewish, Jon Ossoff.