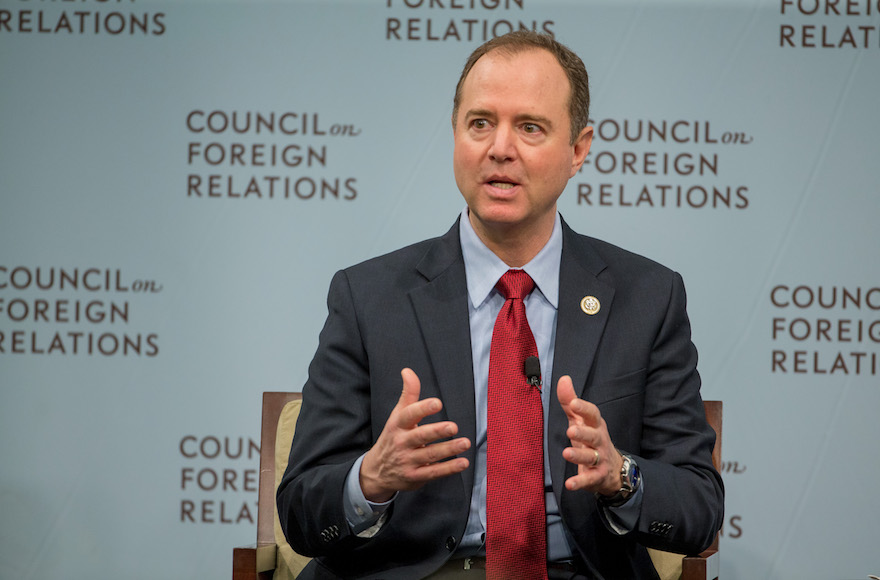 WASHINGTON (JTA) — Nancy Pelosi named Adam Schiff, a leading Jewish critic of President Donald Trump, the chairman of the U.S. House of Representatives Intelligence Committee hours after she reassumed the Speakership and Democrats took control of the House.

Pelosi of California was elected speaker 220-192 on Thursday, reassuming the post eight years after Democrats relinquished the House to Republicans. Pelosi made history in 2006 when she became the first woman Speaker of the House. Pelosi, whom Republicans have made a lightning rod in elections, had to work hard to consolidate support for her speakership bid; at least 15 Democrats did not vote for her, including Jewish freshmen Max Rose of New York and Elissa Slotkin of Michigan.

Schiff has pledged to use the committee to broaden inquiries into allegations that Russians interfered in the 2016 presidential election on Trump’s behalf. e has frequently tussled on Twitter with the president, who has dubbed the congressman “Little Adam Schiff,” although Schiff stands six feet tall.

Nadler, with Schiff and Elijah Cummings of Maryland who is expected to head the Oversight Committee, will be at the forefront of confrontations with the Trump administration over an array of scandals that has besieged the president.