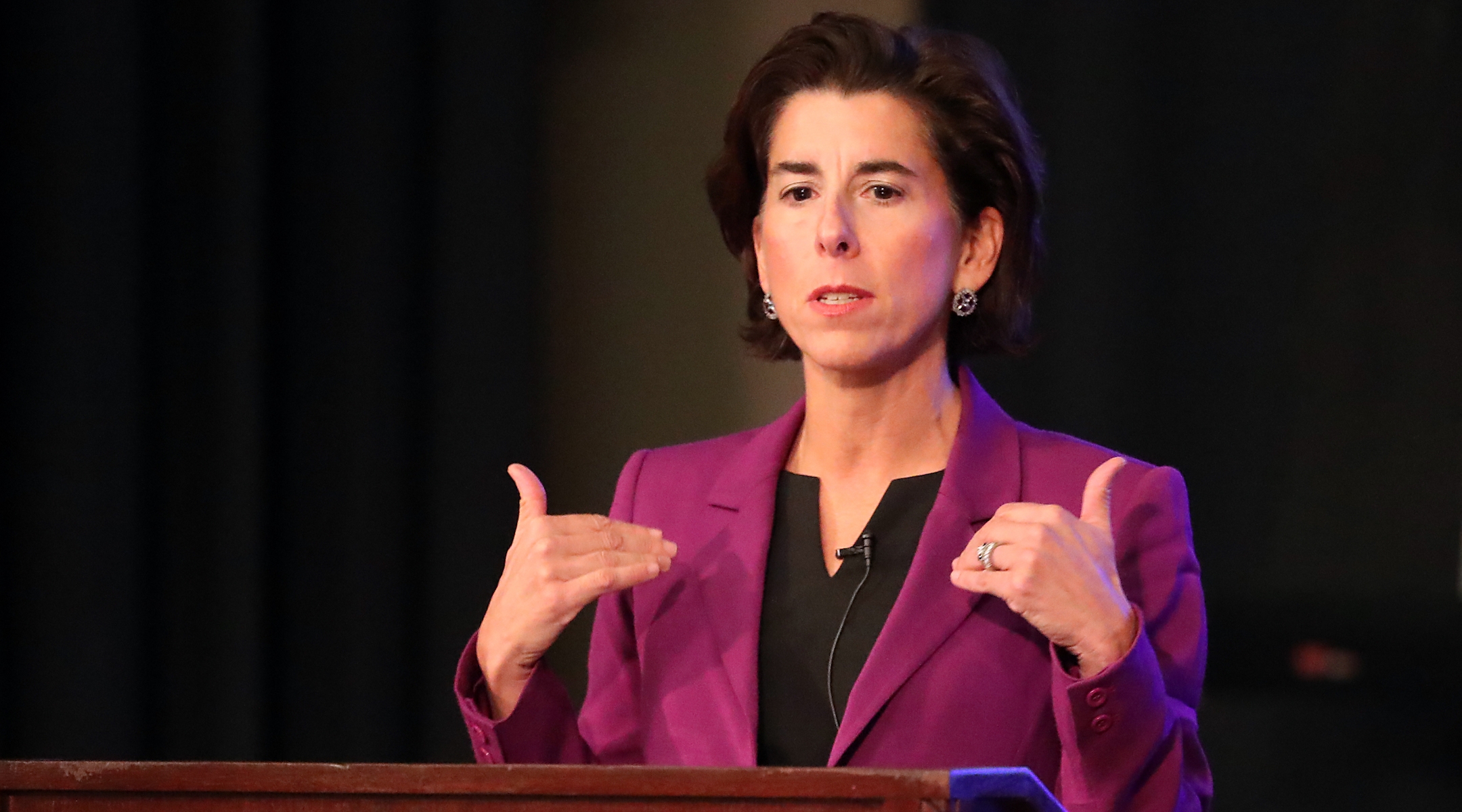 (JTA) — Rhode Island Gov. Gina Raimondo announced her support for a ban on private prisons in the state after meeting with Never Again RI, the local chapter of a Jewish group that protests U.S. Immigration and Customs Enforcement.

Rhode Island has no private prisons, according to Josh Block, Raimondo’s press secretary. And there is no state bill under consideration that would enact such a ban, though the governor favors one.

Block said that such a ban, if passed, would prevent a private prison from being established in the state.

“This is a moral and deeply personal issue for many Rhode Island families,” Raimondo said following her Oct. 17 meeting with representatives of Never Again RI and other groups. “President Trump’s actions on immigration are inhumane and immoral, and I stand with Rhode Islanders in opposing his policies.”

In August, an ICE officer drove his truck into a row of Jewish protesters at a Rhode Island detention center. The officer, Capt. Thomas Woodworth, has since resigned his position. He will not be charged with a crime, the state’s attorney general announced Wednesday.

In a statement at the time, Raimondo expressed “outrage” at the incident.

“This is an important first step toward ending ICE’s attacks on our immigrant neighbors here in Rhode Island,” Regunberg said in a statement Oct. 17 after meeting with the governor.