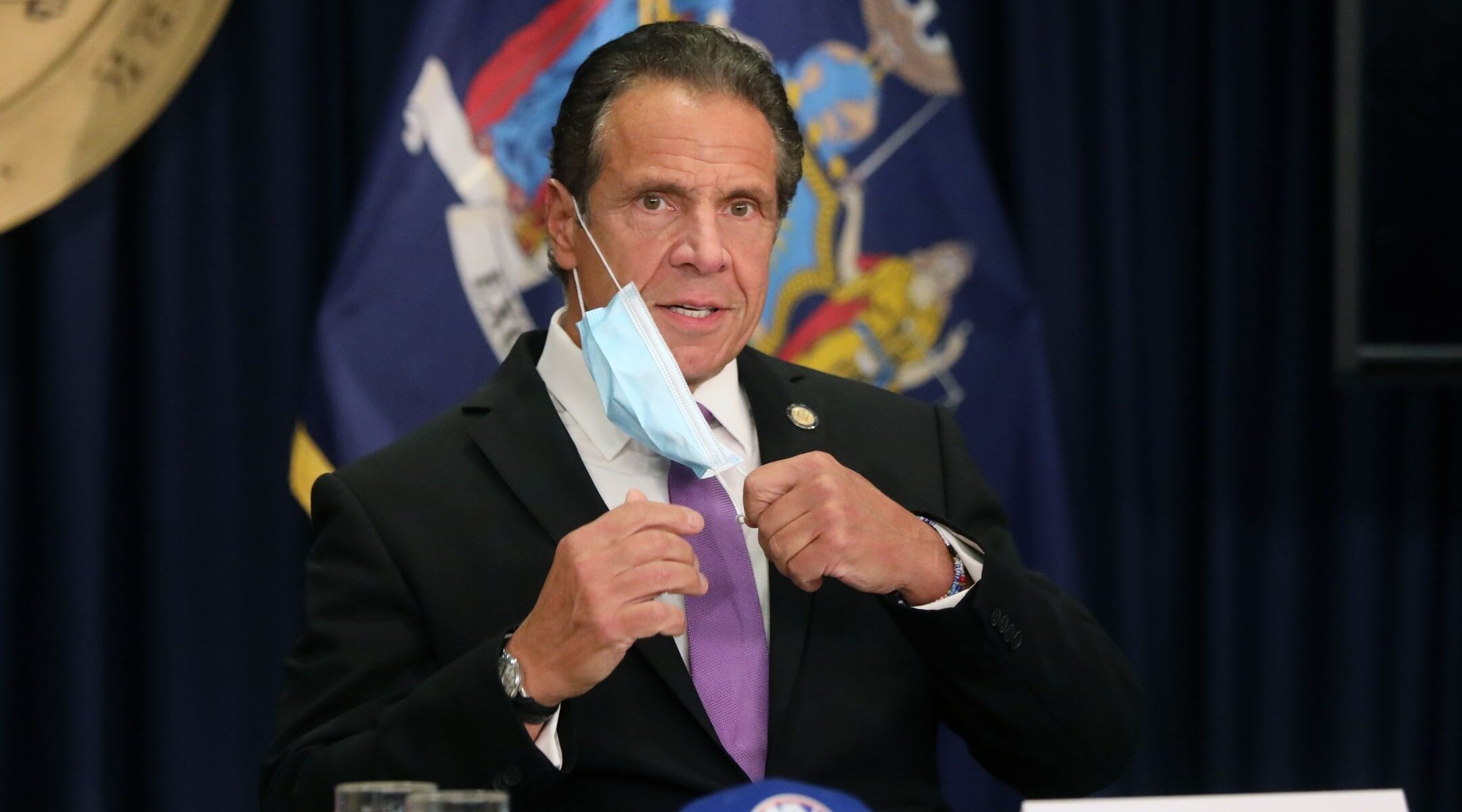 The lawsuit filed in Brooklyn in U.S. District Court seeks a restraining order on restrictions Cuomo announced on Tuesday, a declaration that Cuomo’s order is unconstitutional and legal costs.

“Forty-eight hours before the onset of these holidays, Defendant Governor Cuomo issued an Executive Order that singles out and discriminates against all houses of worship — and synagogues in particular — by imposing occupancy and gathering restrictions that make it impossible for Orthodox Jews to comply with both their religious obligations and the Order,” said the lawsuit.

The lawsuit notes that New Yorkers must comply with the order beginning no later than Friday, which is when Hoshanah Rabbah falls, and which is followed by Shemini Atzeret and Simchat Torah. The order will be in place for two weeks.

“These holidays each have special prayers and rituals that are incorporated into worship services,” the lawsuit says. “Orthodox Jews will gather at their synagogues for collective prayer, Torah readings, remembrances of deceased loved ones, and other rituals.”

Cuomo’s order, outlined in maps he posted on Twitter, imposes restrictions according to the severity of the coronavirus infection rate in designated areas of New York City and its northern suburbs. Houses of worship in red zones are restricted to 25% capacity or a maximum of ten people; orange zones, 33% capacity or 25 people maximum; and yellow zones, 50% capacity.

Many haredi Orthodox communities, which have been hard hit by the virus, are aligned with the red zones. The lawsuit notes that Orthodox Jews are especially affected by the worship restrictions because their faith prohibits driving on certain holy days and are thus unable to travel to synagogues in less affected zones.