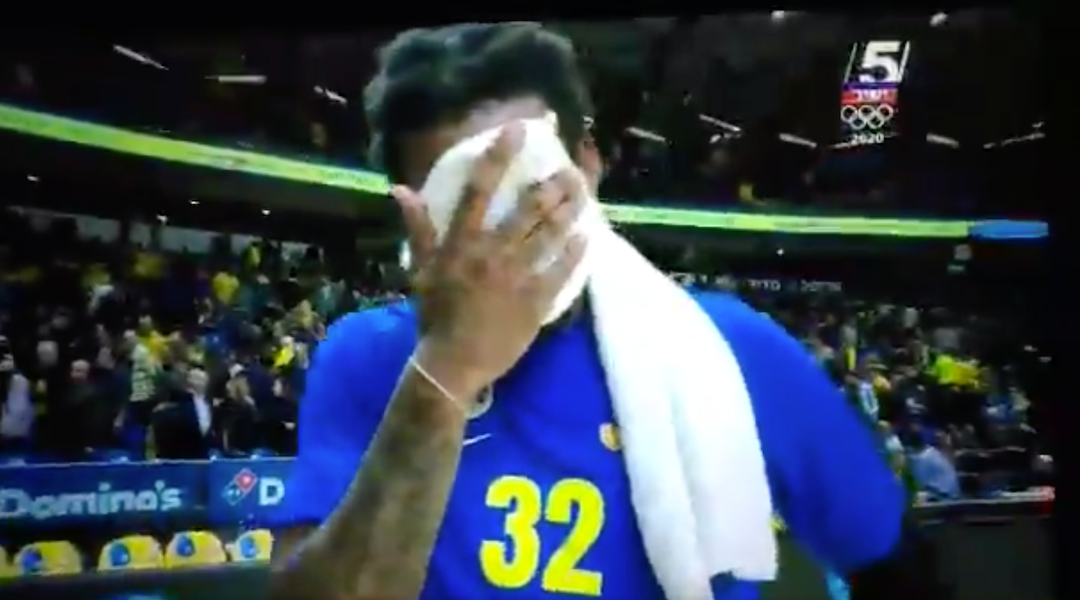 Amar'e Stoudemire gets emotional during a game in Tel Aviv upon learning about the death of Kobe Bryant in a helicopter accident, Jan. 26, 2020. (Twitter)
Advertisement

(JTA) — Former NBA standout Amar’e Stoudemire wiped away tears during a game in Israel upon hearing of the death of NBA legend Kobe Bryant in a helicopter crash.

Stoudemire was playing for Maccabi Tel Aviv against Hapoel Tel Aviv on Sunday when the news broke at the game of the accident in Southern California. The crash killed nine people, including Bryant’s 13-year-old daughter, Gianna.

Stoudemire played against Bryant, an 18-time All-Star who played for the Los Angeles Lakers for his entire 20-year career. His Suns and the Lakers clashed in the 2007-08 playoffs.

Fans at the Tel Aviv arena stood and applauded in tribute to Bryant, the fourth-leading scorer in NBA history, when news of his death was announced.

Omri Casspi, who also played against Bryant during a decade in the NBA and now is a teammate of Stoudemire’s in Tel Aviv, tweeted simply “speechless.”

A helicopter carrying Bryant and his daughter, along with seven others, crashed on Sunday morning in foggy conditions into a hillside outside of Los Angeles. There were no survivors.

Fans around the world mourned the death of Bryant, a five-time world champion who won the Most Valuable Player award in 2008.

Prime Minister Benjamin Netanyahu tweeted his condolences to Bryant’s family for the “tragedy,” calling him “one of the greatest basketball players in history.” Foreign Minister Israel Katz also tweeted  condolences from Israel “to his family and the NBA family.”