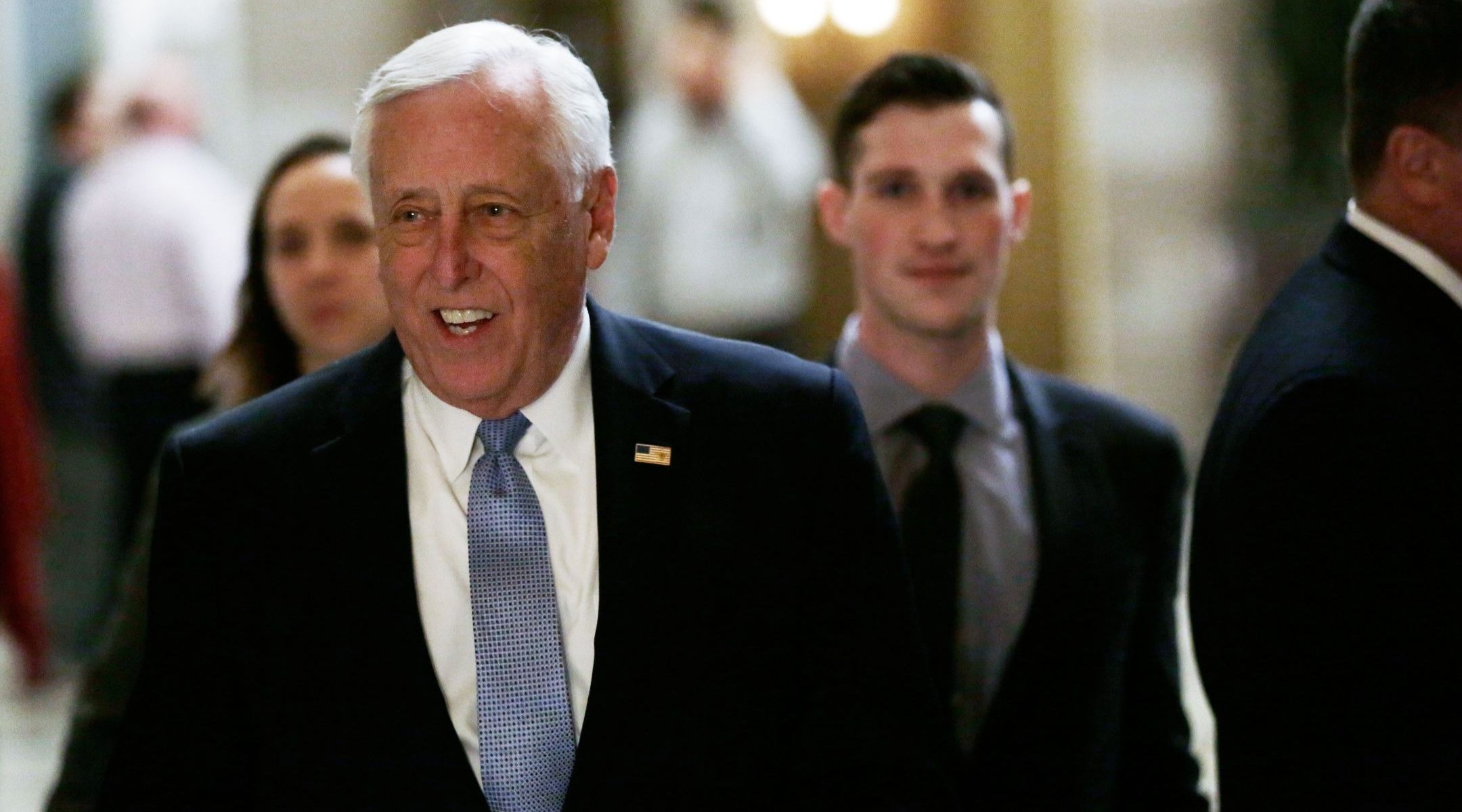 WASHINGTON (JTA) — Steny Hoyer, the Democratic House majority leader who is known for his close ties to the pro-Israel community, is leading a larger than usual tour of the country after a season of Israel tensions in the caucus.

Hoyer’s office on Aug. 4 announced that he will take 41 Democratic members of the U.S. House of Representatives this week.

“I am pleased to join so many House Democrats in traveling to Israel to reaffirm our support for a critical U.S. ally and to continue learning about the opportunities and the challenges facing Israel and the Middle East,” Hoyer, D-Md., said in the release.

Hoyer did not say in his statement how many of the 41 are freshmen, the primary target for these tours.

The tensions among Democrats have been over the influence of two progressive congresswomen who back the boycott Israel movement, Rashida Tlaib of Michigan and Ilhan Omar of Minnesota. Tlaib has said she will lead a separate West Bank tour, but has yet to announce dates or who will join her, although Omar is slated to attend.