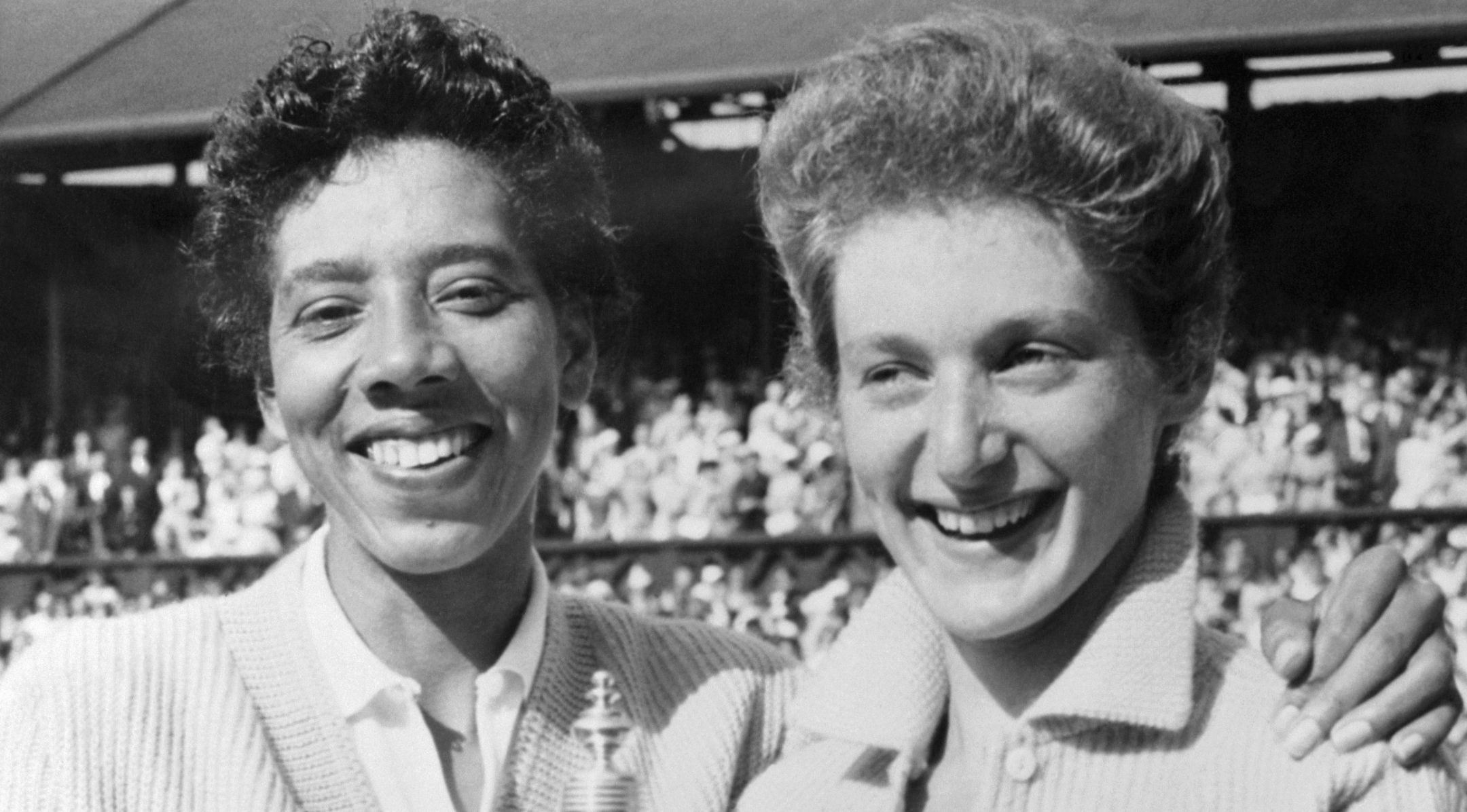 (JTA) — Angela Buxton won the women’s doubles championship at Wimbledon in 1956, but she was denied admission to the All England Club, which hosts the prestigious tennis tournament, saying it was because of anti-Semitism.

The club traditionally gives a lifetime membership to Wimbledon winners.

“It’s an unfortunate example of how the British really treat Jews in this country,” Buxton told the Sunday Times last year. “This sort of thing exacerbates the feeling towards Jews. It’s perfectly ridiculous, it’s laughable. It speaks volumes.”

Buxton, who also reached the singles finals at Wimbledon in ’56, died Monday, a day before her 86th birthday.

She teamed with the late Althea Gibson, an American who was among the first Black athletes to cross the color line of international tennis, for the crown. The pair had also won the French Open a few weeks earlier.

Buxton won a gold medal at Israel’s Maccabiah Games in 1953.

A year after the Wimbledon victory, she was forced to retire at the age of 22 due to a wrist injury.

Buxton, who said she continued to reapply for membership in the All England Club, said she had experienced anti-Semitism during her career.

Instead, she practiced on the private tennis court of Simon Marks, the Jewish owner of the department store Marks & Spencer.

Buxton was inducted into the Black Tennis Hall of Fame in 2015 for her relationship with Gibson and the International Jewish Sports Hall in  Israel in 1981.