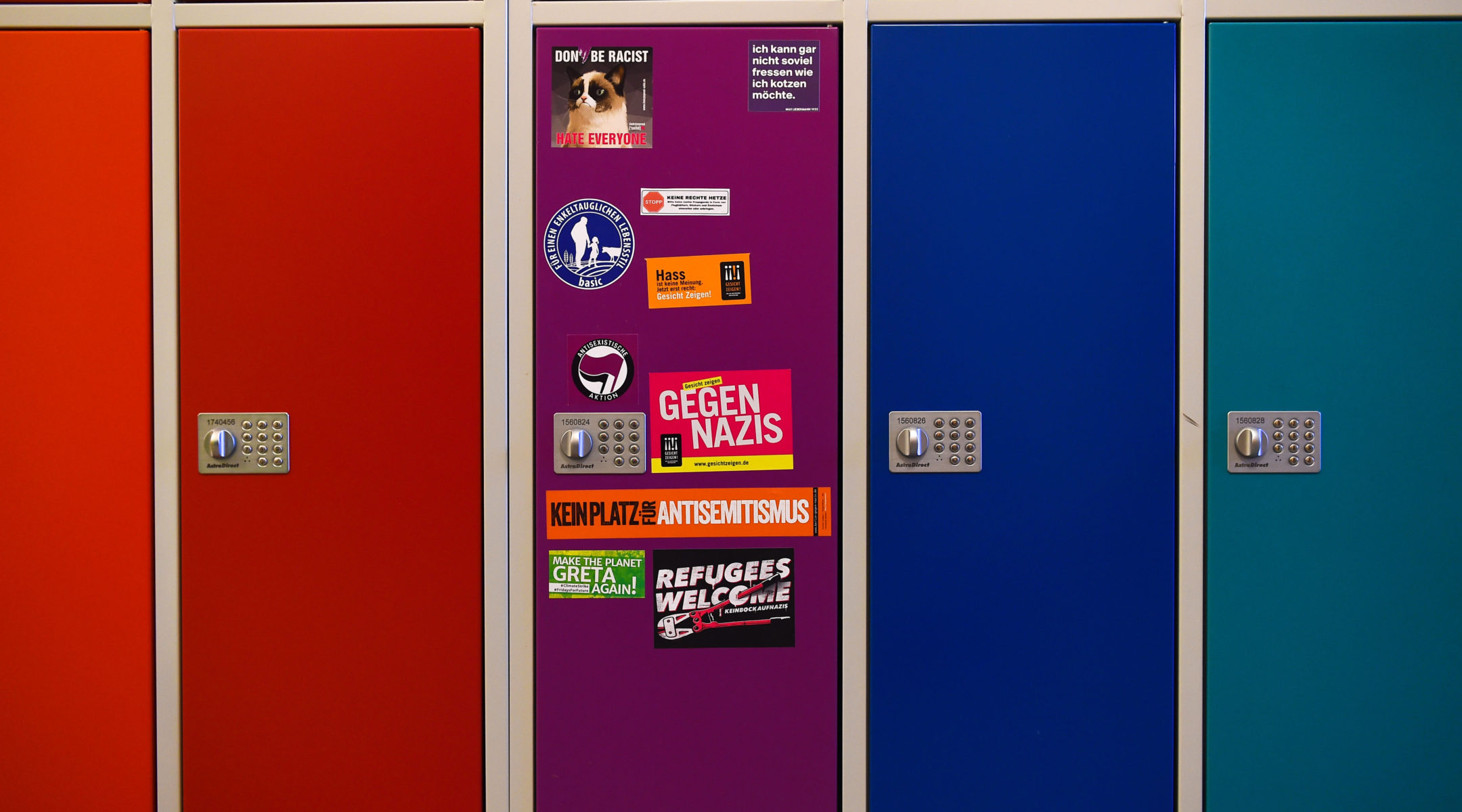 Stickers with, among other things, political messages against right-wing extremism decorate the lockers of students at the Fichtenberg High School in Steglitz, Berlin. (Lisa Ducret/picture alliance via Getty Images)
Advertisement

(JTA) — There were 1,799 anti-Semitic hate crimes reported in Germany in 2018 –  and nearly 90 percent of the perpetrators had a right-wing extremist background.

There were 7,701 total reported crimes against those perceived as foreigners in 2018, a 20 percent increase from 2017. Anti-Semitic crime increased by the same rate and comprised nearly one quarter of total reported xenophobic incidents.

Some 39 percent of reported xenophobic hate crimes involved the use of  illegal use of symbols and logos, such as the swastika.

“Especially in our country, we have to stand against this with all our means,” Seehofer told reporters. “It’s very important to me that we bring the scale of this into people’s consciousness.”