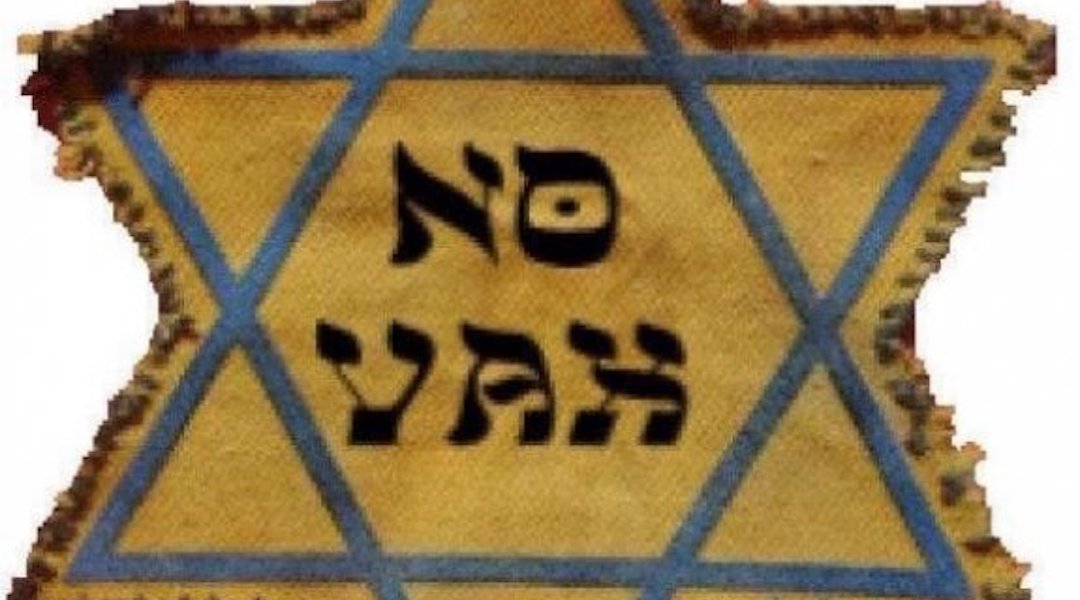 (JTA) — Anti-vaccination activists are using the yellow Star of David that Nazis forced Jews to wear during World War II to promote their cause.

Activists are using a star that has the words “No Vax” in Hebrew-stylized letters on social media, while others are wearing yellow stars at events, according to a Friday report by the Anti-Defamation League.

Del Bigtree, CEO of the anti-vaccination group ICAN, wore a yellow star last week at a rally in Austin, Texas, and activists in suburban New York’s Rockland County likened a ban on unvaccinated children in public spaces to combat a measles outbreak to Nazi treatment of Jews, The Washington Post reported.

The anti-vaccine crowd has evidently decided their persecution can only be expressed in Holocaust metaphors. At a rally in Texas yesterday anti-vax media personality Del Bigtree pinned a yellow star on himself mid-speech. pic.twitter.com/m672NNiEzY

The ADL slammed the comparisons.

“It is simply wrong to compare the plight of Jews during the Holocaust to that of anti-vaxxers,” Jonathan Greenblatt, the group’s national director, told the Post. “Groups advancing a political or social agenda should be able to assert their ideas without trivializing the memory of the 6 million Jews slaughtered in the Holocaust.”

The anti-vaccination movement has risen in popularity in recent years. Recent measles outbreaks have been traced back to Orthodox Jewish communities, where some parents are refusing to vaccinate their kids.